What is Anthony Kiedis' net worth?

Anthony Kiedis was born November 3, 1962 in Grand Rapids, Michigan. When Kiedis was three years old, his parents divorced and his father (John Michael Kiedis, an aspiring actor who became known professionally as Blackie Dammett) moved to Hollywood alone. After that, Kiedis was raised by his mother Margaret ("Peggy") in Grand Rapids. His mother remarried, leading to the births of Kiedis's two half-sisters. He spent two weeks of each summer in Los Angeles with his father, who by then was dealing drugs part-time to supplement his pay as a struggling actor. Kiedis looks back at these trips as some of the fondest and most fun memories of his childhood. In 1974, when Kiedis was 12 years old, he moved to Los Angeles to live with his father full time. John, still dealing drugs, exposed Anthony to the world, and the two would smoke cannabis and do cocaine together regularly. At age 14, Kiedis accidentally tried heroin for the first time, mistaking it for cocaine.

He enrolled at Fairfax High School where he quickly became best friends with fellow classmate and future bandmate, Flea. The two bonded during a driver's education course. Kiedis exposed Flea, a jazz lover and aspiring jazz musician, to the world of punk rock music.

At age 15, Kiedis met future bandmate Hillel Slovak after watching a performance of him with his band Anthym. Despite his frequent drug use throughout his high school experience, Kiedis graduated with honors in June 1980. He then enrolled at UCLA to study writing.

Kiedis, Slovak, and Flea began to create music together in the early '80, eventually including their other friend and former classmate Jack Irons. They were influenced by a punk/funk fusion band called Defunkt. The four formed a group originally known as Tony Flow and the Miraculously Majestic Masters of Mayhem. After they became popular for their chaotic performances at a local bar, they changed their name to Red Hot Chili Peppers. Kiedis had a knack for dreaming up wild stunts, for example, at a show at a strip club in Hollywood, Kiedis suggested the band members perform wearing only socks on their penises. Stunts like this gained the band local notoriety, and they began booking up clubs across the city.

RHCP released their first album of the in 1984, titled after their band name, to mostly poor reviews. It was with the release of their second album "Freaky Styley" that the band began to garner wider acclaim and attention. Released a year after their debut, the album went on to sell 175,000 copies. The band catapulted to the heights of popularity in the early 1990s with their popular MTV music videos and money-making world tours. The RHCP have sold more than 80 million albums worldwide. Their most commercially successful album was 1999's "Californication," which sold 15 million copies.

Apart from his music career, Kiedis also exercised his acting chops by appearing in films such as "Point Break" and "The Chase". 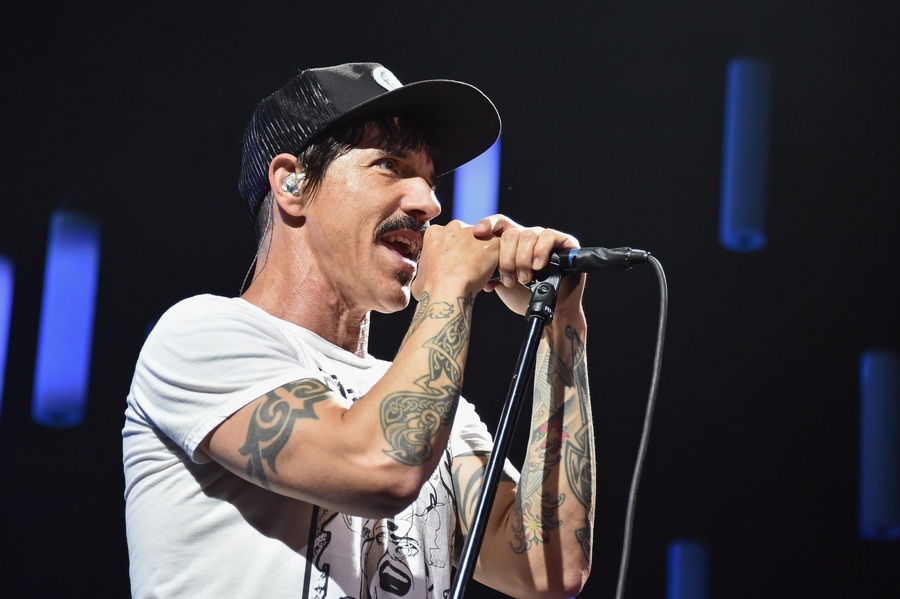 Kiedis has drawn inspiration from various sources over the years. He explains his first musical memory was hearing "Heart of Gold" by Neil Young at age 11. His vocal style was heavily influenced by his high school love of Grandmaster Flash's rap-style vocals and the musicality of Prince. In 1991, Kiedis began transitioning into singing versus rapping, notably first on single "Under the Bridge". Despite working with vocal coaches, it was a hard adjustment for him and he was often quoted in interviews saying he never felt his singing voice was "good." It wasn't until 1999's "Californication" that he finally felt his vocals had strengthened considerably.

Lyrically, some of Kiedis's main influences are the writings of Charles Bukowski.

In 2004 Kiedis' memoir "Scar Tissue" was #1 on the New York Times Best Sellers List. Kiedis and the other band members were inducted into the Rock and Roll Hall of Fame in 2012. The RHCP have received 16 Grammy nominations and 6 Grammy awards.

Kiedis has a son, Everly Bear, born in 2007, with ex-girlfriend Heather Christie. In March 2018, Kiedis and Christie split up. Christie was 18 and Kiedis was 41 when they began dating. He dated Helena Vestergaard for two years beginning in 2012, when she was 19 and he was 50. This relationship is said to be the influence for writing RHCP's 2016 album "The Getaway".

Kiedis and Mike Patton, the singer for Faith No More/Mr. Bungle, have been involved in an ongoing feud since 1989, when Kiedis accused Patton of copying his on-stage and music video performance style for their biggest hit, "Epic." Patton has claimed over the years that Kiedis got Mr. Bungle thrown off several major bills for festivals and shows.

Kiedis and other members of the Red Hot Chili Peppers have battled drug addictions for many years. Kiedis was often the one trying to keep the group together, although he himself was kicked out for a short time in 1986 due to his excessive drug abuse. In 1988, following an international tour in support of their 1987 album "Uplift", guitarist Slovak died of a heroin overdose. Kiedis did not attend the funeral, citing that the devastating situation seemed too surreal and dreamlike. A few weeks later, a friend convinced him to go to rehab. He stayed clean for five years before relapsing in 1994. He was in and out of rehab for the next few years, but has reportedly stayed clean since December 2000.

Anthony owns $30-$40 million worth of real estate around the United States. His home above the Sunset Strip in Hollywood was acquired in 2013 for $3.65 million. He listed this home for sale $4.3 million in 2015.

In 2005 he spent $4.8 million on a home in Malibu not far from Flea's Malibu property. He eventually paid $5 million for the house next door to create a two-acre oceanfront property that's likely worth $20-30 million on its own.

He owns homes in Las Vegas, Michigan and the North Shore of Kaua'i which he bought in 2005 for $2.6 million. 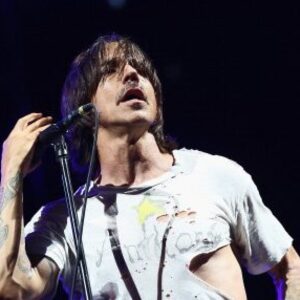