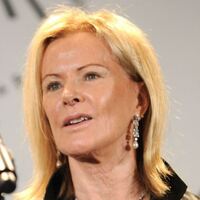 What is Anni-Frid Lyngstad's Net Worth?

Anni-Frid Lyngstad, known by her nickname Frida, is a singer and songwriter who became famous as one of the members of the Swedish band ABBA. Anni-Frid Lyngstad has a net worth of $300 million. Following the breakup of the band, she went on to have an international solo career. Lyngstad married into royalty in 1992, becoming Princess Reuss and Countess of Plauen.

Anni-Frid Lyngstad was born in 1945 in Bjørkåsen, Ballangen, Norway to Norwegian mother Synni and German father Alfred. When she was a year old, Lyngstad left her hometown in Norway with her grandmother, and settled in Sweden's Härjedalen region. They were eventually joined by Synni, and subsequently moved to Malmköping. When Synni died shortly after of kidney failure, Lyngstad was raised by her grandmother. In 1949, the two relocated to Torshälla, where Lyngstad's grandmother worked as a seamstress.

Showing a talent for music at an early age, Lyngstad often sang in front of her class in school; she soon became locally known for her vocal skills. At the age of 13, she landed her first job as a dance band singer with the Evald Ek's Orchestra. Lyngstad also began to take singing lessons with opera tenor Folke Andersson. Later, she partnered with a jazz band that covered artists such as Duke Ellington and Glenn Miller. In 1963, Lyngstad became the vocalist for the Gunnar Sandevarn Trio, and formed her own band called the Anni-Frid Four.

In 1967, Lyngstad won "New Faces," a Swedish national talent competition. She took the first-place prize, a recording contract with the Swedish subsidiary of EMI Records, and appeared on the popular Swedish show "Hylands Hörna." Lyngstad was an immediate sensation, causing a number of producers and record companies to contact her. Soon after, she recorded her first single for EMI Sweden, "En ledig dag." Lyngstad went on to tour Sweden in 1968 while recording several songs for EMI. At this time, she left her family and moved to Stockholm.

Lyngstad released her debut album, "Frida," in 1971. The same year, she put out the single "Min egen stad," which reached number one on Svensktoppen; all four future members of ABBA were featured on the song as back-up vocalists. Under the name Frida, she played in cabarets, and performed frequently on television and radio. After five years with EMI Sweden, Lyngstad switched to the Polar Music label and released the single "Man vill ju leva lite dessemellan," which was her second number-one hit on the Swedish charts.

In 1972, Lyngstad, her boyfriend Benny Andersson, her friend Björn Ulvaeus, and Ulvaeus' wife Agnetha Fältskog formed the pop group ABBA. Throughout the 70s and into the early 80s, the band became one of the most commercially successful acts in popular music history, topping the charts worldwide. The band's hit songs include "Dancing Queen," "The Winner Takes it All," "Mamma Mia," "SOS," and "Waterloo." Lyngstad had solo parts in a myriad of other songs, including "Fernando," "Me and I," "I Have a Dream," "Our Last Summer," "Super Trouper," and "The Way Old Friends Do." More fond of the spotlight than her bandmates, Lyngstad enjoyed touring and meeting one-on-one with members of the audience. Additionally, she helped design the ABBA costumes for the group's television performances and tours. In 2010, ABBA was inducted into the Rock and Roll Hall of Fame.

While she was still with ABBA, Lyngstad recorded the solo album "Frida ensam," which was released in 1975. It contained mostly covers of songs by such artists as David Bowie and the Beach Boys. A massive success in Sweden, the album topped the album charts for six weeks. 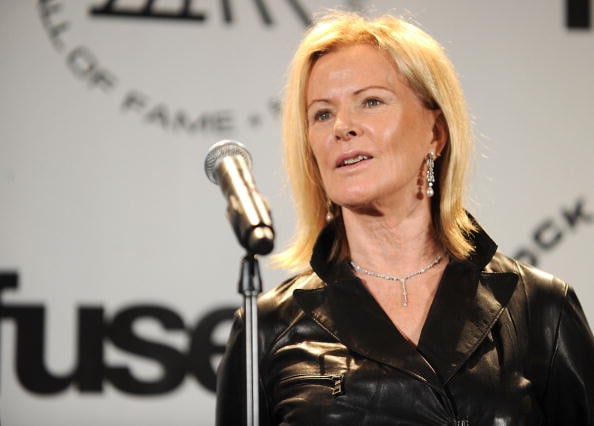 After the disbanding of ABBA in 1982, Lyngstad continued to pursue her solo singing career. She released "Something's Going On," which was produced by Phil Collins; her first solo album in English, it spawned the single "I Know There's Something Going On," which charted in numerous countries around the globe. Next, Lyngstad released the album "Shine" in 1984. She returned after a long break with the 1996 Swedish-language album "Djupa andetag," which peaked at number one on the album charts in Sweden.

All four members of ABBA reunited in 2016, for a public appearance at Stockholm's "Mamma Mia! The Party." They subsequently performed at a private event celebrating the 50th anniversary of Andersson and Ulvaeus' first meeting.

In 2018, the members of ABBA returned to the recording studio for their ninth album, entitled "Voyage." Released in 2021, it is the group's first album of new material in 40 years. Among its tracks are the lead singles "I Still Have Faith in You" and "Don't Shut Me Down."

At the age of 18 in 1964, Lyngstad wed salesman and musician Ragnar Fredriksson. The couple had two children, Hans and Ann, and divorced in 1970. Around the time of their separation, Lyngstad had met fellow ABBA member Benny Andersson, with whom she started living in 1971. The pair married in 1978, and divorced in 1981 after the popularity of ABBA put a significant strain on their relationship. Later, in 1986, Lyngstad relocated to Switzerland, where she lived with her royal boyfriend Prince Heinrich Ruzzo de Reuss, Count of Plauen. The two married in 1992, giving Lyngstad the title of Princess Reuss and Countess of Plauen. Seven years later, Lyngstad became Dowager Princess and Countess following the death of Ruzzo.

Since 2008, Lyngstad has resided in Zermatt, Switzerland with her British boyfriend Henry Smith, 5th Viscount Hambleden.