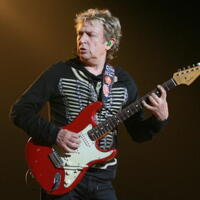 What Is Andy Summers' Net Worth?

Andy Summers is an English guitarist, writer, and photographer who has a net worth of $100 million. Summers is best known for being a member of The Police alongside Sting and Stewart Copeland, and he has also enjoyed a successful solo career, releasing multiple experimental albums, touring, composing film scores, and publishing books. The Police have sold more than 75 million albums and are known for hit singles such as "Roxanne," "Can't Stand Losing You," "Message in a Bottle," "Don't Stand So Close to Me," "Every Little Thing She Does Is Magic," "Every Breath You Take," and "Wrapped Around Your Finger." The band released the studio albums "Outlandos d'Amour" (1978), "Reggatta de Blanc" (1979), "Zenyatta Mondatta" (1980), "Ghost in the Machine" (1981), and "Synchronicity" (1983), and they were inducted into the Rock and Roll Hall of Fame in 2003.

Andy Summers was born Andrew James Summers on December 31, 1942, in Poulton-le-Fylde, Lancashire, England. Andy grew up in Bournemouth and Hampshire with mother Jean, father Maurice, sister Monica, and brothers Tony and Richard. He took piano lessons for several years before he began playing the guitar. During his youth, Summers played jazz guitar, and as a teenager, he attended a concert by jazz pianist Thelonious Monk, a performance he described as "the essence of America." Andy later recorded a tribute album entitled "Green Chimneys: The Music of Thelonious Monk" (1999). By the age of 16, Summers had started playing in local clubs, and a few years later, Andy and his friend Zoot Money moved to London and formed the rhythm and blues group Zoot Money's Big Roll Band, which later became an acid rock group known as Dantalian's Chariot.

After Dantalian's Chariot disbanded in 1968, Summers toured the U.S. with the rock band Soft Machine for three months. In 1968, he was briefly a member of Eric Burdon and the Animals, and he performed on their album "Love." Andy spent five years in Los Angeles, where he studied composition and classical guitar at California State University, Northridge, then he returned to London and toured and recorded with various acts. In 1977, he replaced guitarist Henry Padovani in The Police, and the band released their debut album, "Outlandos d'Amour," on November 2, 1978. The album reached #2 on the charts in France and the Netherlands, and it was certified Platinum in the U.K., Australia, Canada, France, the Netherlands, and the U.S. "Outlandos d'Amour" featured the singles "Roxanne" and "Can't Stand Losing You," and their 1979 follow-up, "Reggatta de Blanc," topped the charts in the U.K., Australia, France, and the Netherlands. The album gave the band its first two #1 singles, "Message in a Bottle" and "Walking on the Moon."

The group's next two albums, 1980s "Zenyatta Mondatta" and 1981's "Ghost in the Machine," reached #1 on the charts in several countries and went Platinum in the U.K., Canada, and New Zealand. In the U.S., "Zenyatta Mondatta" was certified 2x Platinum, and "Ghost in the Machine" went 3x Platinum. The band had two more #1 singles with "Don't Stand So Close to Me" from "Zenyatta Mondatta" and "Every Little Thing She Does Is Magic" from "Ghost in the Machine." The band's fifth album, 1983's "Synchronicity," reached #1 in seven countries and was certified 8x Platinum in the U.S. "Synchronicity" featured the #1 single "Every Breath You Take," and it has been included on "Rolling Stone" magazine's "500 Greatest Albums of All Time" and "100 Best Albums of the Eighties" lists. The album was inducted into the Grammy Hall of Fame in 2009. The Police disbanded after the release of "Synchronicity," but they embarked on a reunion tour from 2007 to 2008 and released the live album "Certifiable: Live in Buenos Aires" in 2008. During his time with the band, Summers sang lead vocals on the songs "Friends," "Someone to Talk To," "Mother," and "Be My Girl/Sally," and he wrote "Omegaman" and "Shambelle." 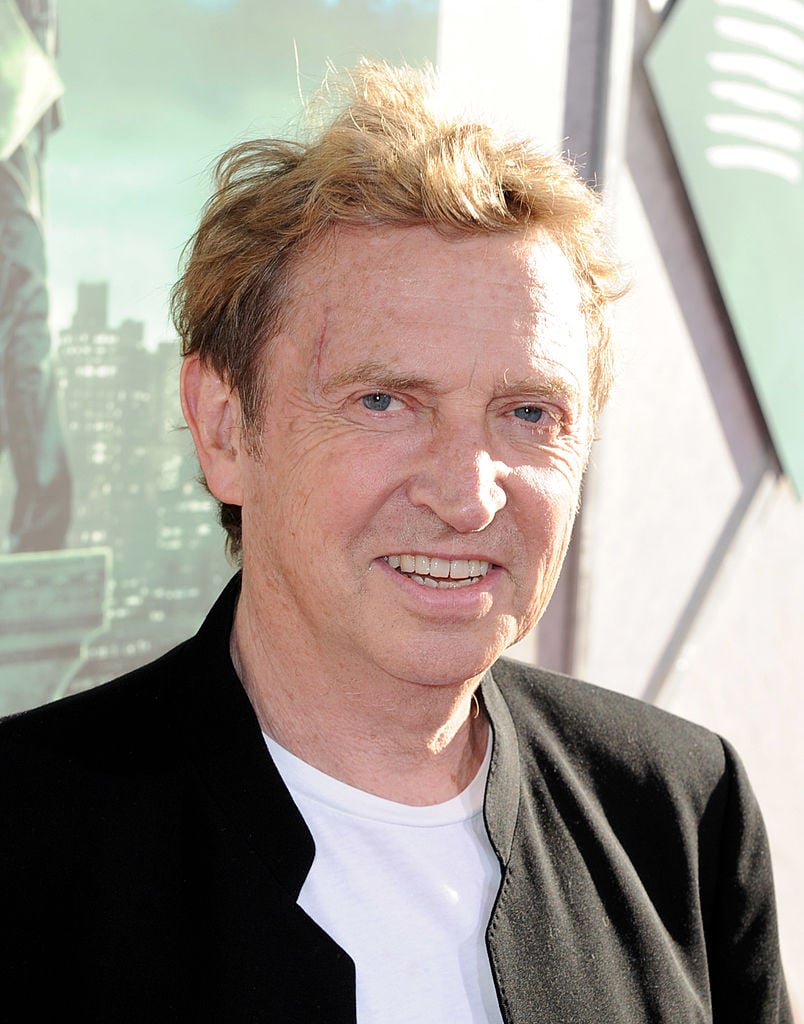 With The Police, Summers has been nominated for eight Grammys, winning Best Rock Instrumental Performance for "Reggatta de Blanc" (1981) and "Behind My Camel" (1982), Best Rock Performance by a Duo or Group with Vocal for "Don't Stand So Close to Me" (1982) and "Synchronicity" (1984), and Best Pop Performance by a Duo or Group with Vocal for "Every Breath You Take" (1984). In 1984, the band earned four MTV Video Music Award nominations for "Every Breath You Take" – Video of the Year, Best Group Video, Best Overall Performance in a Video, and Viewer's Choice. The Police also won Brit Awards for Best British Group (1982) and Outstanding Contribution to Music (1985), a Juno Award for International Album of the Year for "Synchronicity" (1984), and a People's Choice Award for Favorite Reunion Tour (2008). Andy earned a BMI Film Music Award for "Down and Out in Beverly Hills" in 1987, and he won a Guiding Light Award at the 2016 Progressive Music Awards. Summers has received Lifetime Achievement Awards from the Gibson Guitar Awards (2000) and Roland and BOSS (2017), and in 2006, "Mojo" magazine named his autobiography, "One Train Later," the year's best music book. In 2008, Andy received an honorary doctorate from Bournemouth University.

In 1999, Summers paid $3.05 million for a 4,982 square foot home in Santa Monica, California. The home includes six bedrooms and six bathrooms. It's likely worth close to $8 million today.