How much is Andy McCoy Worth?

Andy McCoy net worth: Andy McCoy is a Finnish musician who has a net worth of $6 million. Andy McCoy was born in Pelkosenniemi, Finland in October 1962. He is best known for being the lead guitarist and main songwriter of the band Hanoi Rocks. McCoy has also played with Iggy Pop. He also plays piano and keyboard and is a vocalist. He became the lead guitarist in 1980 after Hanoi Rocks was founded in 1979. The band released their debut studio album Bangkok Shocks, Saigon Shakes, Hanoi Rocks in 1981 and released the albums Oriental Beat in 1982, Self Destruction Blues in 1982, Back to Mystery City in 1983, Two Steps from the Move in 1984, Twelve Shots on the Rocks in 2002, Another Hostile Takeover in 2005, and Street Poetry in 2007. Andy McCoy has released four solo albums and has also released albums with Briard, Pelle Mijoona Oy, Suicide Twins, Cherry Bombz, Shooting Gallery, Grease Helmet, and more. 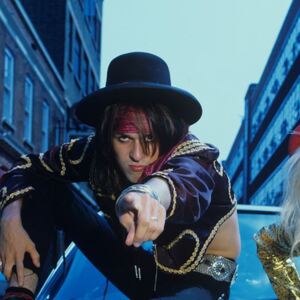