Andy Hurley net worth: Andy Hurley is an American musician and drummer who has a net worth of $14 million dollars. Andy Hurley was born in Menomonee Falls, Wisconsin in May 1980. He is best known as the drummer for the band Fall Out Boy. Fall Out Boy formed in 2001 and consists of Hurley, vocalist/guitarist Patrick Stump, bassist Pete Wentz, and guitarist Joe Trohman.

Their debut album Take This to Your Grave was released in 2003. Their 2005 album From Under the Cork Tree produced the hit singles "Dance, Dance" and "Sugar, We're Goin Down". Both singles went double platinum and Fall Out Boy was nominated for Best New Artist at the 2006 Grammy Awards. Their 2007 album Infinity on High was #1 on the Billboard 200 chart. The album produced the singles "Thanks fr th Mmrs" and "This Ain't a Scene, It's an Arms Race". The band has released five studio albums and their latest, 2013's Save Rock and Roll, also hit #1 on the Billboard 200 chart and produced the triple Platinum single "My Songs Know What You Did in the Dark (Light Em Up)". Fall Out Boy has sold more than 7.5 million albums worldwide. They have won MTV Video Music Awards and multiple Teen Choice Awards. Hurley has also played in hardcore bands and formed heavy metal supergroup The Damned Things with Joe Trohman. He has also played with hardcore punk band Enabler. He is a vegan and straight edge. In addition to those two unusual lifestyles, he is also reportedly a subscriber to the philosophy of anarcho-primitivism, which basically means that he believes humanity was meant to live the way we did 10,000 years ago. In a a 2007 interview with Alternative Press, he acknowledged the contradiction of that philosophy and his career, giving new meaning to the old Flintstones catchphrase: "It's a living. He is endorsed by Sabian cymbals, Vic Firth drumsticks, and C&C Custom drums. 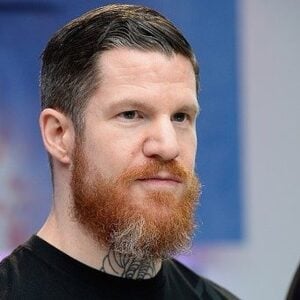