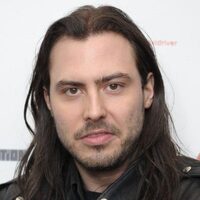 What is Andrew W.K.'s Net Worth?

He was born Andrew Wilkes-Krier on May 9, 1979 in Stanford, California. The son of Professor James E. Krier, a law scholar, and Wendy Wilkes, he was raised in Ann Arbor Michigan. Andrew WK studied piano starting at the age of four at the University of Michigan School of Music. His midnight trips to Mass with his family had a big impact on his passion for music. Andrew studied at the Greenhills Preparatory School and then graduated from Community High School, where he studied keyboard and piano, in 1997.

At the age of 14, Andrew WK joined the band Slam, which was later re-named Reverse Polarity. A song titled "Mr. Surprise", recorded by W.K., was included on a compilation album called "Plant the Flower Seeds," marking W.K.'s first official recording. He played in several Detroit-based heavy metal and punk rock bands in the late nineties and early aughts. He moved to NYC in 1998 and held down several odd jobs to pay the rent: a bubblegum machine salesman, a department store window decorator, a waiter, a fashion photographer, and more. He began recording solo material under his full name Andrew Wilkes-Krier and then released a single on cassette entitled "Room to Breathe."

Around this time, he also recorded the soundtrack for an indie film called Poltergeist. He moved to Seffner, Florida and began building his band with death metal drummer Donald D.T Tardy.

Wilkes-Krier released his first EP "Girls Own Juice," in March 2000. This was his first solo release under the moniker we all know today, Andrew W.K. His sound was a hard rock influence combined with experimental elements. The release garnered some buzz for W.K. and he continued to perform solo gigs on the East Coast. His manager Matt Sweeney shopped several demo tapes of Andrew W.K.'s, with one tape reaching Dave Grohl. Grohl liked what he heard and offered Andrew W.K. a gig opening for his band the Foo Fighters at a San Francisco concert. One demo tape also reached The Island Def Jam Music Group executive Lewis Largent. This led Largent to attend a concert by Andrew W.K. at the Mercury Lounge and the performance wowed him. Andrew W.K. released another EP "Party Til You Puke" in October 2000, after which he signed with Island Records. 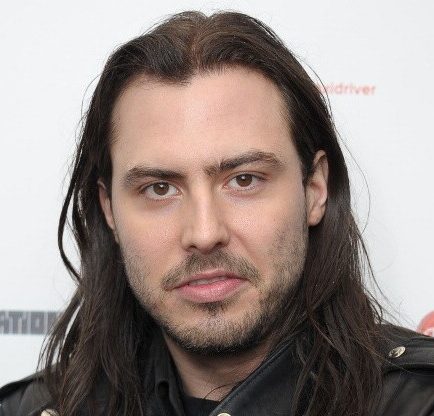 WK released his first album in 2001 entitled I Get Wet. The album, which features the hit single "Party Hard" (for which he is still best known), also had a very controversial album cover, depicting the singer with wet hair and a thick stream of blood flowing from his nose down his face, which some critics interpreted as an endorsement of cocaine use. Some accounts say that the young rocker achieved the effect by smashing his own face with a brick before the picture was taken!

Since the breakout success of I Get Wet, WK has struggled to recapture the popularity of his debut album. He has released several more albums, six in total as of this writing, in addition to his work in other fields and a live concert film entitled Who Knows? He signed with Napalam Records in October 2020 and released the lead single from that album, "Babalon," in February 2021. He released his sixth album "God is Partying" in September 2021. The lead singles were "I'm in Heaven" and "Stay True to Your Heart." In addition to producing many of his own songs and albums, Andrew W.K. has produced and mixed music for several other well-known artists such as Lee Scratch Perry. He even re-wrote and mixed a new jingle for Kit Kat bars. Andrew and three of his business partners opened a new nightclub and live concert hall in downtown Manhattan in the spring of 2008 called Santos Party House, designed for disco and dance music specifically. The city granted the venue a cabaret license, which meant people could legally dance and party until four a.m. The venue received lots of praise and awards like The People's Choice Award for Best Night Club. The Zagat guide rated the Santos Party House the Top Dance Club in all of NYC. Unfortunately, every party has to end and Santos Party House's last hurrah was on May 29, 2016.

Andrew W.K. has two children but they are kept out of the public eye and media. He married Cherie Lily on October 4, 2008 at Santos Party House. W.K. announced he and Cherie had begun the process of divorcing in 2019. He confirmed in May 2021 that he was dating actress Kat Dennings. The two of them met in Los Angeles in early 2021. They announced their engagement in May 2021 via an Instagram post.