Andrew McMahon Net Worth: Andrew McMahon is an American singer-songwriter who has a net worth of $7 million dollars. Most widely recognized for his work with the bands, Something Corporate and Jack's Mannequin, Andrew McMahon also performs solo, and has co-written and performed tracks with such artists as, Tommy Lee, Spill Canvas, and The Academy Is… Born in Concord, Massachusetts on September 3, 1982, McMahon is best known for being the frontman in Jack's Mannequin and formerly Something Corporate.

He has been active in the music industry since 1998 and plays alternative rock, indie, and pop rock. He is educated in singing, piano, and harmonica. He grew up in Ohio and California and attended Cassingham Elementary School as well as Dana Hills High School. He took an interest in music in fourth grade as a coping method for the loss of his brother. He formed his first band, Left Here, in 1997 while he was still in high school. Something Corporate was formed a year later and eventually signed to Drive-Thru Records. He debuted his first Jack's Mannequin song in 2003 as a solo endeavor. He released his first album titled Everything in Transit in 2005. He retired the name Jack's Mannequin in 2012 and pursued his music career under his personal name. He began writing for the television series, Smash, in 2013 and was nominated for an Emmy for Outstanding Music and Lyrics for the songs "I Heard Your Voice in a Dream," "Reach for Me," and "I'm Not Sorry. McMahon was diagnosed with acute lymphoblastic leukemia in 2005. He has since received several forms of treatment including a stem cell transplant. He established The Dear Jack Foundation in 2006 which focuses on raising money for cancer research. He is currently married to his longtime love, Kelly, and has one daughter by the name of Cecilia Kate McMahon. 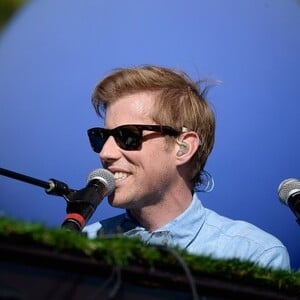