Andrew Farriss net worth: Andrew Farriss is an Australian rock musician who has a net worth of $20 million dollars. Andrew Farriss was born in Perth, Western Australia, and started his first band in high school. He met Michael Hutchence while in school, as well, and subsequently asked him to join the group that would become known as INXS.

Initially, Andrew Farriss played keyboards for the group, and then began playing guitar, harmonica, and providing some percussion, as well. The members of INXS wrote many of their early songs collectively, but songwriting duties eventually became the sole responsibility of Farriss and Hutchence. In addition to writing, touring, and recording with INXS, Farriss has also written and/or produced tracks for Jenny Morris, Yothu Yindi, and GUN, among other artists. He also participated in the reality series, "Rock Star: INXS", which followed the group as they looked for a new lead singer following the death of Michael Hutchence. 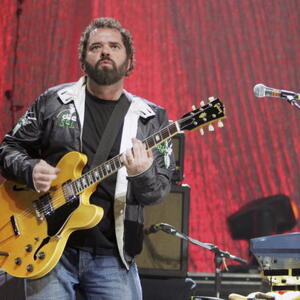