Alice Cooper Net Worth: Alice Cooper is an American rock singer, songwriter, and musician who has a net worth of $50 million. He is best known for his work on a number of rock sub-genres, including hard rock, heavy metal, glam rock, industrial rock, and many more. Critics generally refer to his musical style as "Shock-Rock," in part due to Cooper's use of stage props like guillotines, swords, and electric chairs. Outside of music, Alice Cooper has been involved in a number of additional pursuits – most notably film and TV acting.

Early Life: Alice Cooper's real name is Vincent Damon Furnier, and he was born on February 4th of 1948. Initially, Furnier was raised in Detroit, Michigan, and he comes from a family that was closely involved with religion. His father was an Evangelist from the Church of Jesus Christ, and his grandfather was an apostle in the same church who eventually became the president. Vincent Furnier was intimately involved in church activities as a young boy, but he was often ill. Eventually, he and his family moved to Phoenix, Arizona, where he attended Cortez High School.

Early Career: During his high school days, Furnier made it known that he wanted to become a successful musician. In preparation for a school talent show, he convinced some of his friends to create a mock band and parody songs from The Beatles. The group included Glen Buxton and Dennis Dunaway – two future members of the band Alice Cooper. Only Buxton knew how to play the guitar, so the others mimed playing their instruments. The crowd loved their performance, and they won the talent show. This convinced them to start a real band.

The teens renamed themselves The Spiders and acquired instruments from a local pawn shop. After graduating from high school in 1966, Michael Bruce joined the band as a guitarist. At this point, they released a single called "Don't Blow Your Mind," which achieved considerable success at a local level. By 1967, the band was traveling to Los Angeles so often for performances that they decided to relocate to this city permanently. At this point, Neal Smith also joined the band as a drummer.

Alice Cooper: In 1968, Furnier came up with a plan to help the band stand out. He wanted to turn their concerts into dark, theatrical performances, and he proposed they change their name to "Alice Cooper." He suggested the name because it sounded innocent, and because this would contrast with the band's controversial approach to performing.

By 1975, Vincent Furnier had legally changed his name to Alice Cooper in an effort to prevent other bands with the same name from taking legal action against the group. Eventually, the character of "Alice Cooper" transformed into a female villain wearing tattered clothes and smeared makeup. This proved to create considerable buzz, and the band made into the news headlines – exactly what Furnier (now Alice Cooper) wanted.

Record Deal: Alice Cooper's big break came after a disastrous gig. Almost every member of the audience left the club after they started playing. One man that remained was Shep Gordon, a music manager. He saw the band's potential, and he organized an audition for them with Frank Zappa.

Zappa had just started a new record label, and he was looking for strange, interesting musicians to sign. Alice Cooper managed to impress Zappa so much that he signed them for a 3-year deal. Not long afterward, Alice Cooper released their first album, Pretties for You. The 1969 album had a psychedelic flavor at odds with their later hard rock style, and it proved to be a critical and commercial failure.

It was at this point that Alice Cooper began to refine their "Shock Rock" approach to live performances. After an incident involving a chicken caused media hysteria, Alice Cooper began to see the value in feeding the press with more insane stories. After a news publication incorrectly reported that Cooper had drunk the blood of a chicken on stage, Zappa told the young rock star not to deny these rumors in order to support the band's growing reputation.

Despite the attention from the media, they still failed to break through. Their second album, Easy Action, was released in 1970 and performed even worse than their debut album. Alice Cooper gave up on L.A. and relocated to Michigan, where their act was somewhat more appreciated. 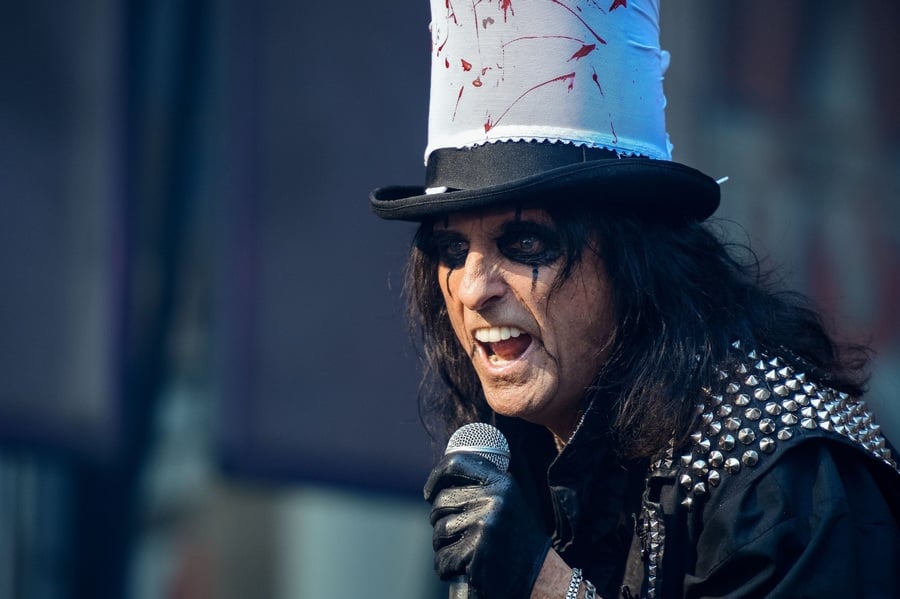 Breakthrough: After a number of successful live performances, Alice Cooper released their third album in 1970. Love It to Death was their last chance at success, and their hard work finally paid off. After their lead single, "I'm Eighteen" performed well on the charts, Warner Bros. bought their contract and re-issued their album with an increased marketing budget, leading to even greater levels of success.

They followed up with Killer in 1971 and School's Out in 1972. The latter album contained the hit "School's Out," which reached the top spot on the charts and became an iconic, timeless rock song. 1973's Billion Dollar Babies was the bands most commercially successful album and earned a platinum status. The album contained the hit "No More Mr. Nice Guy." The following tour was extremely controversial, with politicians and activists strongly opposing the band's dark performances.

Muscle of Love in 1973 was the band's last album as a group. Disagreements eventually led to a mutual decision to split up temporarily, although this later became permanent. Alice Cooper (the individual) then moved to Los Angeles and began to appear in shows like Hollywood Squares. In 1975, he released his first solo album, Welcome to My Nightmare. After the success of Cooper's solo career, the group was completely abandoned.

Decline: By 1977, Alice Cooper was fighting a losing battle against alcoholism and was hospitalized for treatment. In the 80s, Cooper recorded many albums that he cannot even remember making, as he was completely intoxicated through the use of various substances. This would later be known as "the blackout period." These albums would prove to be commercially unsuccessful for the most part.

By the late 80s, he began to witness something of a comeback, although it would fade away again with the death of glam rock and the birth of grunge. By the 2000s, Alice Cooper had switched to industrial metal to adapt to the changing trends. In 2010, he famously toured with Rob Zombie and in 2014 he toured with Motley Crue. Throughout his career, Alice Cooper continued to appear in a wide range of TV shows and films.

Personal Life: Alice and his wife have lived in Phoenix, Arizona for many years in a large hillside mansion. Many people might be surprised to learn that Alice is a highly skilled golfer who frequently edges out former pros in celebrity Pro-Am tournaments. 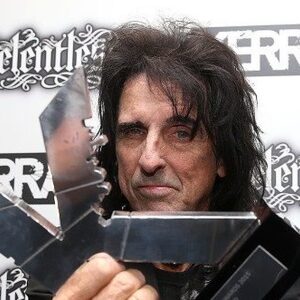