Alex Trimble net worth: Alex Trimble is a British/Irish singer and musician who has a net worth of $6 million. Alex Trimble was born in Northern Ireland in October 1989. He is best known for being a member of the indie rock band Two Door Cinema Club. Trimble is the band's lead vocalist and plays rhythm guitar, synthesizers, keyboards, and drums. Two Door Cinema Club formed in 2007. The band released their debut studio album Tourist History in 2010. Two Door Cinema Club's second album Beacon was released in 2012. The album reached #1 in Ireland and #2 in the UK in addition to #4 in Australia and #17 in the United States. The band also had success with their third studio album Gameshow which was released in 2016. Two Door Cinema Club's most popular singles include "Something Good Can Work", "Sleep Alone", "Sun", and "Changing of the Seasons". The band won the Choice Music Prize for Irish album of the year in 2010. 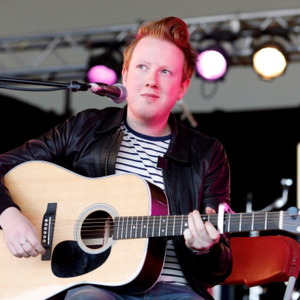