Alex Lifeson Net Worth: Alex Lifeson is a Canadian musician, best known as the co-founder and guitarist of the Canadian rock band Rush. Alex Lifeson has a net worth of $35 million.

Alex Lifeson was born Aleksandar Živojinović on August 27, 1953 in Fernie, British Columbia, Canada to Serbian immigrants and raised in Toronto, Ontario. His stage name "Lifeson" is a semi-literal translation of the name "Zivojinovich", which means "son of life" in Serbian. His first exposure to formal music training came in the form of the viola, which he renounced for the guitar at the age of 12. His first guitar was a Christmas gift from his father, a six-string Kent classical acoustic which was later upgraded to an electric Japanese model. During his adolescent years, he was influenced primarily by Jimi Hendrix, Pete Townshend, Jeff Beck, Eric Clapton, and Jimmy Page. In the summer of 1968, Lifeson co-founded the band that would become Rush. Other co-founders are friend and drummer John Rutsey, bassist and lead vocalist Jeff Jones, and Jones's successor, current front man Geddy Lee a month later. For Rush, Lifeson plays electric and acoustic guitars as well as other stringed instruments. He also performs backing vocals in live performances, and occasionally plays keyboards and bass pedal synthesizers. Like the other members of Rush, Lifeson performs real-time on-stage triggering of sampled instruments, concurrently with his guitar playing. The bulk of Lifeson's work in music has been with Rush, although Lifeson has contributed to a body of work outside of the band as well. Aside from music, Lifeson is part-owner of The Orbit Room, a bar and restaurant located in Toronto, Canada, a painter, and a licensed aircraft pilot. 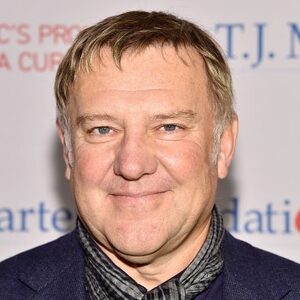