Alex Gaskarth Net Worth: Alex Gaskarth is an English musician who has a net worth of $1 million. Born in Essex, England, in 1987, Alex Gaskarth grew up with two half-sisters and a half-brother, and discovered punk rock music when he was a teenager. He moved to Baltimore, Maryland, and landed his first record deal in 2004, becoming part of the American punk band All Time Low as a singer and guitarist.

All Time Low's debut EP, "The Three Words To Remember in Dealing with the End", released the same year on Emerald Moon. The band has gone on to release five studio albums, including 2005's "The Party Scene", 2007's "So Wrong, It's Right", 2009's "Nothing Personal", and 2012's "Don't Panic". The band left Emerald Moon to move to Interscope before landing with their current label, Hopeless. They wrote and performed the "Painting Flowers" song on the soundtrack to "Almost Alice", which was inspired by Tim Burton's "Alice in Wonderland". The group also contributed the song "Toxic Valentine" to the 2009 soundtrack for "Jennifer's Body" starring Megan Fox. Gaskarth has appeared on "Punk'd" and in the TV movies "All Time Low Live at the Ogden Theater" and "Boombox All Access with All Time Low". He has two dogs and goes by the nickname White Chocolate. 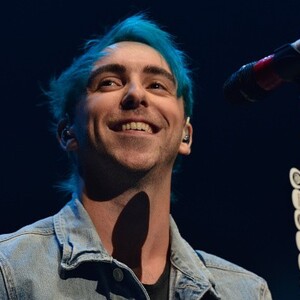