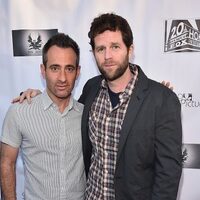 Alec Puro Net Worth: Alec Puro is an American drummer who has a net worth of $500 thousand. Alec Puro was born in April of 1975 in Santa Monica, California and is best known for acting as the drummer for the American rock band, Deadsy. He was also the second member to join the band, which was also based out of California. Taking on a unique concept, the band is known for their original take on music – using visual iconography, as well as aspects that are given to each member. Puro's entity, as they are called, is leisure while his primordial color is green. Since getting his start with Deadsy, he has continued to play with a number of bands, generally on a guest basis, throughout the past two decades. Puro first got his start in music by taking piano lessons since he was 8 years old. Then, in 7th grade, he began playing the percussions at the request of a friend, who stated that they wanted to start a band. Puro is married to Marla Sokoloff, an actress. Together they have a daughter, named Elliotte Anne, who was born in February of 2012. Aside from playing professionally, he has also helped create The Music Collective, which helps companies better find musical talent.