Alan Wilder net worth: Alan Wilder is an English musician, composer, arranger, and record producer who has a net worth of $40 million. Alan Wilder was born in Hammersmith, London, England in June 1959. He is best known for being a member of the electronic band Depeche Mode. He was a member of the band from 1982 to 1995 and then joined the side project Recoil. Wilder has also worked as a producer and remixer. With Depeche Mode he played on the albums Construction Time Again, Some Great Reward, Black Celebration, Music for the Masses, and Violator. He also played on the 1993 album Songs of Faith and Devotion which reached #1 in several countries including the US and UK. The band has several hit singles including "People Are People", "Personal Jesus" and many more. With Recoil Wilder has released the albums Hydrology, Bloodline, Unsound Methods, Liquid, and subHuman. 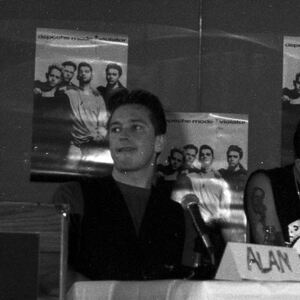