Alain Johannes net worth: Alain Johannes is a musician, vocalist, and producer who has a net worth of $9 million. Alain Johannes Moschulski was born in Santiago, Chile in May 1962. As a teenager he formed the band Chain Reaction which was renamed What Is This?. He and Natasha Shneider released an album in 1987.

The band Eleven was formed in 1990 and released their debut studio album Awake in a Dream in 1991. The band released six studio albums and their popular songs included "Rainbows End" and "All Together". As a guitarist and drummer Johannes has also been involved with Queens of the Stone Age, Chris Cornell, Arctic Monkeys, Them Crooked Vultures, Mark Lanegan, and The Desert Sessions. He released his debut solo album Spark in 2010. He joined Dave Groh's Sound City Players in 2013. He worked as a producer and engineer on Jimmy Eat World's eighth studio album. Johannes has also worked on albums for No Doubt, Live, Sugarcult, Eagles of Death Metal, Silverchair, Hilary Duff, and Kelly Clarkson. 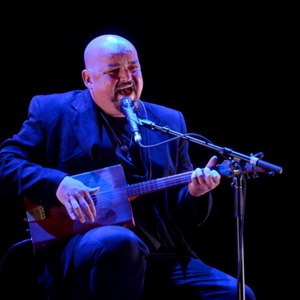