Al Jourgensen net worth: Al Jourgensen is a Cuban-American musician who has a net worth of $4 million. Al Jourgensen was born in Havana, Cuba in October 1958. He is best known for being the front man and founder of the heavy metal band Ministry. Ministry formed in 1981 as a new wave synthpop band and later changed to industrial metal music.

Their debut studio album With Sympathy was released in 1983. Ministry's most successful album was 1992's Psalm 69: The Way to Succeed and the Way to Suck Eggs which sold over a million copies and was certified Platinum in the US. The band broke up in 2008 but reunited in 2011. Jourgensen has also released nine albums with Revolting Cocks and four with Lard. In addition to singing he plays the guitar, bass, keyboards, synthesizer, mandolin, harmonica, drums, saxophone, and violin. Jourgensen has also been associated with the bands Skinny Puppy, Dead Kennedys, Minor Threat, and Fugazi. 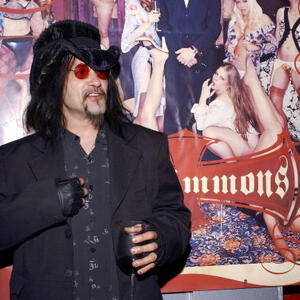