Al Di Meola net worth: Al Di Meola is an American guitarist who has a net worth of $4 million Al Di Meola was born in Jersey City, New Jersey in July 1954. He is a jazz fusion, Latin jazz, and world fusion guitar player as well as composer and record producer.

He became an accomplished player as a young teenager and studied at the Berklee College of Music. Di Meola joined a fusion quarter and was hired at 19 by Chick Corea. He has released several albums starting with Land of the Midnight Sun in 1976. Di Meola's album Elegant Gypsy was released in 1977 and reached #5 on the US Jazz chart and was certified Gold in the US. His next four albums Casino, Splendido Hotel, Electric Rendezvous, and Scenario all reached the Top 10 on the US Jazz chart. Di Meola would go on to release the albums Cielo e Terra, Soaring Through a Dream, Tirami Su, World Sinfonia, Kiss My Axe, World Sinfornia II – Heart of the Immigrants, Orange and Blue, Di Meola Plays Piazzolla, The Infinite Desire, Winter Nights, World Sinfonia III – The Grande Passion, Flesh on Flesh, Consequence of Chaos, Vocal Rendezvous, Diabolic Inventions And Seduction For Solo Guitar, Pursuit of Radical Rhapsody, All Your Life (A Tribute to the Beatles), and Elysium. Di Meola has collaborated with several artists and at one point was named Best Jazz Guitarist by readers of Guitar Player Magazine five years in a row. 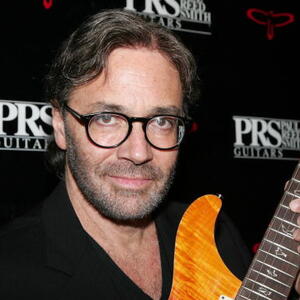