What is Agnetha Fältskog's Net Worth?

Agnetha Fältskog is a Swedish singer and songwriter who has a net worth of $200 million. She is best known for her work with the Swedish pop group sensation ABBA, although she had released a successful debut solo album prior to joining this group. During her time with ABBA, Fältskog became an international sensation along with the other members, releasing a number of hit songs and selling over 180 million albums and singles worldwide. ABBA eventually went on an indefinite hiatus in the 80s, prompting Agnetha to continue with her music career as a solo artist.

Outside of her musical career, Fältskog also pursued a successful career as an actress. Eventually, however, she ventured away from the public limelight and pursued a more sheltered lifestyle. After 16 years of living the quiet life on the Swedish island of Ekerö, Agnetha returned with a new album in 2004. She then followed up in 2013 with a second album, which charted very well in the United Kingdom.

Agneta Åse Fältskog was born on April 5th of 1950 in Jönköping, Sweden. Raised alongside one sister by a department store manager and his wife, Agneta became enamored by music at an early age. By the time she was six, she had written her first song. She then began taking piano lessons and singing with a local church choir.

At the age of 10, she had formed a musical trio with her two friends. They began performing locally at minor venues but broke up due to a lack of opportunities. However, Fältskog stuck with her music career, and she left school at the age of 15 in order to pursue a professional career in music. During these early years, Agnetha was heavily inspired by artists like Connie Francis and Aretha Franklin.

While trying to break through, Fältskog worked as a telephonist for a car firm. However, her music career was quickly becoming quite successful, and she was eventually able to focus entirely on her artistic endeavors. After writing a song about a recent breakup with a boyfriend, Agnetha was discovered by the Swedish media. After a record producer became impressed by her demo recording, Fältskog signed a contract with Cupol Records. She then released a debut single in 1967, which topped the charts in Sweden and sold 80,000 copies.

Throughout the 60s, Agnetha continued to experience success in Sweden. She then became engaged to German songwriter and producer Dieter Zimmerman, allowing her to expand her influence into Germany. However, she eventually separated from Zimmerman and focused entirely on Sweden. It was during this time that Fältskog first met Björn Ulvaeus in 1968. At the time, Ulvaeus was in a band called the Hootenanny Singers. Ulvaeus and Fältskog then started a relationship, and the couple started collaborating with Benny Andersson and Anni-Frid Lyngstad. Thus, ABBA was formed. 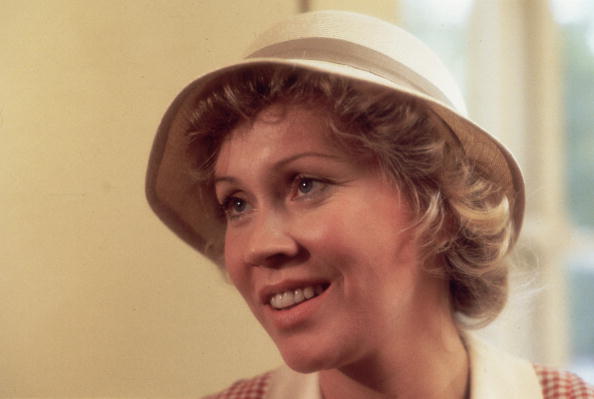 In 1971, Ulvaeus and Fältskog married. Andersson and Lyngstad also got married during this period, and the two couples eventually experienced great success with ABBA. They broke through with the Eurovision Song Contest in 1974, singing "Waterloo." They then followed up with the hit "Honey, Honey." By 1976, they had achieved international stardom with hits like "Fernando." That year, they released their fourth studio album, "Arrival," which contained hits like "Knowing Me, Knowing You" and "Dancing Queen."

However, this success was taking a toll on the personal lives of each member of ABBA. Unfortunately, both marriages collapsed, and the band went on an indefinite hiatus in the 80s. Initially, the couples attempted to continue working on ABBA even though their marriages were over, but that proved unfeasible. They refused numerous offers to reunite, turning down large sums of money. In 2000, they even reportedly turned down an offer of $1 billion to reunite and tour together.

Even before the breakup of ABBA, Fältskog was releasing her own solo albums. Although her solo career got off to a slow start, she eventually achieved 18 entries on the Swedish charts, and some of these reached the number one spot. When ABBA was disbanded in 1982, Fältskog began working with artists like Tomas Ledin to advance her solo career. She then released her first post-ABBA album in 1983, entitled "Wrap Your Arms Around Me." This sold 1.5 million copies within the first year. Agnetha then released a number of additional albums before taking a 16-year hiatus from music, beginning in 1988.

Over the course of her life, Agnetha has suffered from various mental health issues. She has a well-known fear of flying, which impacted her ability to tour with ABBA. In 1979, the band's plane hit a tornado and had to perform an emergency landing after running short on fuel. This incident required many years of therapy for Fältskog. This fear of flying led to Agnetha traveling mostly by bus, although this too eventually ended in a traumatic accident when she experienced a bus accident on a Swedish highway in 1983. Along with her fear of flying, Fältskog suffers from stage fright, fear of crowds, fear of open spaces, fear of heights, and many other phobias.

Another traumatic incident in Agnetha's life came when she and her Ulvaeus separated. Once again, she required years of therapy to fully recover from this incident. Furthermore, her mother's suicide in 1994 affected her greatly, and this was kept secret from the public while Agnetha tried to mourn and recover. 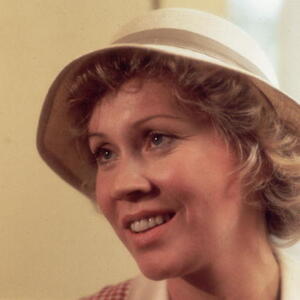