Adrian Young net worth: Adrian Young is an American drummer who has a net worth of $20 million. Adrian Young was born in Long Beach, California in August 1969. He is best known for being the drummer in the band No Doubt. No Doubt formed in Anaheim, CA in 1986 and Young joined in 1989.

Their self-titled debut studio album was released in 1992 and their second album The Beacon Street Collection was released in 1995. No Doubt found success with their third studio album Tragic Kingdom in 1995. The album was certified 10x Platinum in the US and reached #1 in the US, Canada, and New Zealand the Top 3 in Australia, Austria, Germany, the Netherlands, Sweden, Switzerland, and the UK. No Doubt went onto have success with their albums Return of Saturn in 2000, Rock Steady in 2001, and Push and Shove in 2012. Their most successful single is "Don't Speak" which reached #1 in seven countries. No Doubt has also had success with the singles "Just a Girl", "Spiderwebs", "Sunday Morning", "Ex-Girlfriend", "Simple Kind of Life", "Hey Baby", "Hella Good", "Underneath It All", "It's My Life", and "Settle Down". No Doubt has won two Grammy Award, a Billboard Music Award, and six MTV Video Music Awards. Young is also a studio drummer and has recorded or performed with artists such as Scott Weiland, Bow Wow Wow, Maroon 5, The Vandals, and Unwritten Law. 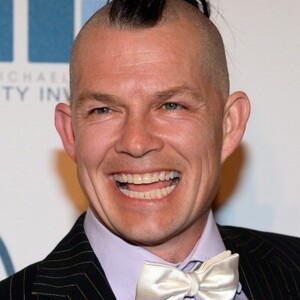