Adrian Belew net worth: Adrian Belew is an American musician, songwriter, and record producer who has a net worth of $8 million. Adrian Belew was born in Covington, Kentucky in December 1949. He plays the guitar, drums, keyboards, cell, upright bass, and more. He is best known for being the front man and guitarist of the progressive rock band King Crimson from 1981 to 2009.

Belew has also released almost 20 solo studio albums and is a member of the band The Bears. He has been a session and touring musician with several artists including David Bowie, Talking heads, Frank Zappa, Nine Inch Nails, and more. Belew has written for artists including Paul Simon and Tom Tom Club. His single "Oh Daddy" reached the Top 10 and his song "Beat Box Guitar" was nominated for a Grammy Award for Best Rock Instrumental Performance. 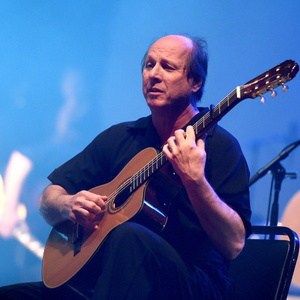