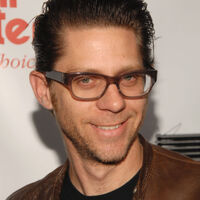 Atom Willard Net Worth: Atpm Willard is an American rock drummer who has a net worth of $6.5 million dollars. Adam Willard was born in San Diego, California on August 15, 1973. Willard has appeared in several alternative rock and punk bands such as Rocket from the Crypt, The Special Goodness, The Offspring, Angels & Airwaves, Social Distortion, Danko Jones, and Against Me! He has been active in the music industry since 1990 and has even served as a drum technician for Weezer. He currently plays drums in the folk punk group known as Against Me! and is known for playing on Drum Workshop gear. Prior to DW, Willard endorsed Orange County Drums and Percussion. He has released approximately seventeen studio albums between all of the bands he has played in and most recently appeared on the 2014 release, Transgender Dysphoria Blues, by Against Me!