He attended the Berklee College of Music in Boston, studying production, audio engineering, and bass guitar. While at college, he began playing in the band Aftershock with friend Joel Stroetzel. Stroetzel would later join Dutkiewicz, Mike D'Antonio, and Jesse Leach in forming Killswitch Engage. Dutkiewicz was the drummer of Killswitch Engage, until the release of its second album, "Alive or Just Breathing" when he moved to guitars, and Tom Gomes became the band's drummer. He has assumed the role of producer on all of Killswitch Engage's records, except on their second self-titled album Killswitch Engage, which was released June 30, 2009, for which he was co-producer alongside prolific producer Brendan O'Brien. Dutkiewicz has been compared to Ross Robinson, producer of many nu metal albums, because of his influence on modern metal and shaping the sound of melodic metalcore. He is also an engineer for Zing Recording Studios, which has produced for numerous artists, including several from Tooth & Nail Records and its heavy metal sub-label Solid State Records. 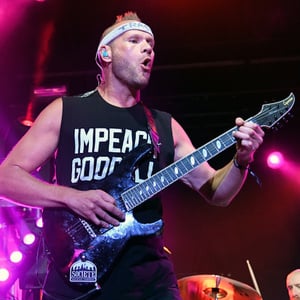