What is Adam Duritz's Net Worth?

Adam Duritz is an American musician, songwriter, record and film producer who has a net worth of $60 million. Duritz is probably best known for his role as the frontman for the band Counting Crows. Adam founded the band, and he also maintains creative control over their music as the primary composer. The group has become quite successful since its founding in the early 90s, with over 20 million records sold and four platinum-certified albums. In addition, the group has been nominated for two Grammys and an Academy Award.

As a solo artist, Adam has released a number of songs. He also frequently collaborates with a number of other groups and artists. Outside of these achievements, Duritz is known for his ability to score various films, including "Shrek 2." In addition, he has founded two different record labels over the years. For many years, Adam sported very characteristic dreadlocks, which became a signature feature of his public image. In 2019, he shaved his head completely.

Adam Fredric Duritz was born on August 1st of 1964 in Baltimore, Maryland. Adam spent much of his early childhood moving across the United States. As a boy, he grew up in states like Maryland, Massachusetts, Texas, and California. Raised in a Jewish household alongside a younger sister, Adam attended the famous Taft School before attending the University of California in Berkeley. When he was two credits away from earning his degree, Duritz dropped out and pursued a career in music.

In 1991, Adam Duritz and David Bryson created the group Counting Crows. The group is a rock band, although they have also been characterized as alternative rock, pop rock, or even "jangle rock." After approaching Geffen Records with their mixtape, Duritz and the rest of the group were a hot commodity with various record labels competing to sign them. Eventually Counting Crows agreed to a deal with Geffen that was said to be extremely lucrative. In fact, the deal was so lucrative that the media nicknamed them "Accounting Crows."

After releasing their debut album "August and Everything After," Counting Crows immediately started to experience success. The single "Mr. Jones" became especially popular, and it reached the top of the charts in Canada. A performance on "Saturday Night Live" further accelerated their popularity, and by the time the dust had settled, "August and Everything After" had achieved 7 times platinum status. 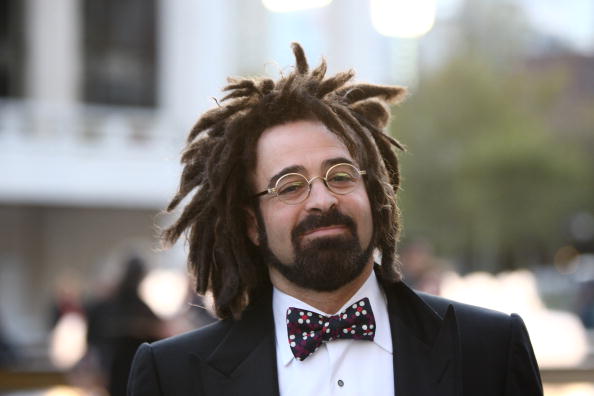 After extensive touring, the group released another album in 1995 called "Recovering the Satellites." The album was primarily written by Adam Duritz, and it achieved similar levels of success compared to Counting Crows' debut. More tours followed, and in 1999 the group performed at Woodstock. At this point, many of their songs were being featured in movies. In 2004, they received an Academy Award nomination for the song "Accidentally in Love," which was featured in the film "Shrek 2."

By the early 2000s, Counting Crows had released their fourth album, entitled "Hard Candy." After a number of additional albums and toured, Duritz announced the band's departure from Geffen Records in 2009. What followed was a series of independent releases, and they released a new album called "Somewhere Under Wonderland" in 2013. In 2019, Adam Duritz announced that he had started writing new music, and that the group's next few releases would be distributed as EPs.

As a solo artist, Adam has collaborated with a wide range of artists. He worked with The Wallflowers for their album "Bringing Down the Horse." He also helped Peter Stuart with albums like "Propeller" and "Daisy." In addition, Duritz has worked with groups like Dashboard Confessional and Josie and the Pussycats. He has also been features on the song "Waiting in Line" by Maria Taylor.

Outside of music, Duritz has ventured into a number of other areas, including founding record labels and film production. In 1997, he co-founded the record label E Pluribus Unum. Adam succeeded in signing a number of prominent artists throughout the next few years, including Joe 90, Gigolo Aunts, and Neilson Hubbard. The record label was eventually purchased by another party and went through different leadership.

In 2007, Duritz started another record label called Tyrannosaurus Records. Over the years, he signed artists such as Notar and Blacktop Mourning before the label unfortunately went out of business in 2015.

Adam first started producing films in 1997 with "The Locusts." He then followed up with production credits on the comedy film "Freeloaders." Outside of production, Duritz also gained an acting credit for appearing in the 2007 film "Farce of the Penguins."

Adam Duritz suffers from an undisclosed mental health issue that is believed to be dissociative in nature. These individuals frequently suffer from breakdowns in memory, self-awareness, or perception. He admitted that he suffers from a dissociative disorder (DD) in 2008. People with this ailment may develop it as an involuntary defense mechanism.

In 2009, it was widely reported that Adam was dating Emmy Rossum, an actress famous for her role on the TV series "Shameless." The pair broke up in 2010. In the past Duritz has dated a wide range of different celebrities, including Jennifer Aniston and Courtney Cox.

In 2004, Adam Duritz sold a property in Beverly Hills for $2.25 million. The residence spans 8,679 square feet and features 6 bedrooms, a private screening room, and a grand entrance. The property changed hands a number of times over the next few years before being purchased in 2007 for $4.3 million. According to records, Adam still owns a 4,952-square-foot loft in Manhattan that he originally purchased in 2003 for $2.4 million. 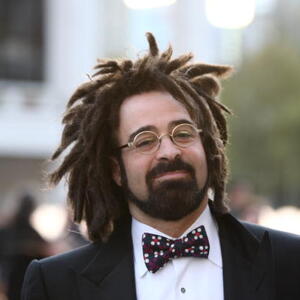