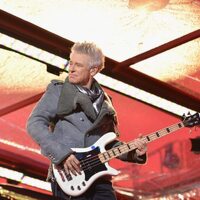 What is Adam Clayton's Net Worth?

Adam Clayton is an English-born Irish musician who has a net worth of $400 million. Adam Clayton has been the bass player for the successful Irish band, U2, since the group formed in 1976. During their career so far, U2 has sold 200 million albums worldwide. The group has also conducted some of the most-lucrative world tours in music history. Bands come and go.  Even if the group lasts, the lineup often changes multiple times over the years.  This is why the continued success of U2 is so amazing.  Not only has the group been churning out hit songs and albums almost since they began performing together in 1976, but the lineup has never changed.  They have been performing together longer than some countries have existed.  Their steady success, and their staying power through 12 studio albums and countless tours and 22 Grammy Awards.

Adam Charles Clayton was born on March 13th, 1960 in Chinnor, Oxfordshire, England. His father was a pilot with the Royal Air Force until transitioning into civil aviation. His mother was a flight attendant prior to having children. When he was four years old, his father was hired as a pilot for East African Airways, and the family moved to Nairobi, Kenya. They moved back to the UK after a year and settled in Dublin, Ireland. He began attending Castle Park

hool, a private junior high boarding school located in southern Dublin. He showed little interest in academics, and his lack of involvement in sports made it a struggle for him to feel settled. However, he joined the school's Gramphone Society and learned how to play the piano. He attended the boarding school St Columba's College for high school, and there he found he was able to pursue his musical interests with more freedom.

At age thirteen, he bought an acoustic guitar at a junk shop and began to teach himself basic chords and songs. The next year, his mother purchased him a bass guitar, and he joined the school band.

He transferred to Mount Temple Comprehensive School in Dublin, and in September of 1976, he responded to a flyer that Larry Mullen Jr. posted at school advertising that he was seeking musicians to form a band. Clayton, Dik Evans and his brother David "the Edge" Evans, Bono responded and formed the band the Edge, which was changed to Hype shortly after. After Dik Evans left, they settled on U2. The band members were not highly developed in their musical skills. They chose their name off a list provided by a fellow musician because they like the open-ended, ambiguous nature of it.

Shortly after they decided on a permanent name, the band won a talent show with a prize of £500 and a recording session for a demo that would be sent to the record label CBS Ireland. Due to their lack of experience, their first demo did not lead to many opportunities. Their friend Bill Graham introduced the band to Paul McGuinness who become their manager in late 1978 and worked to get them signed to a record label. Prior to McGuinness taking over as manager, Clayton was fulfilling many of the responsibilities typical of a manager, likely due to him being the oldest member. They played across Ireland building their fan base, and in August of 1979, they recorded demos produced by CBS talent scout Chas de Whalley. A month later, three songs were released in the EP titled "Three," which was exclusive to Ireland. After playing a show in the 2,000 seat National Stadium in Dublin, they were noticed by Bill Stewart, a talent scout from Island Records. They signed a four-year, four-album contract with the label the next month, which included a £50,000 advance and £50,000 for touring expenses. 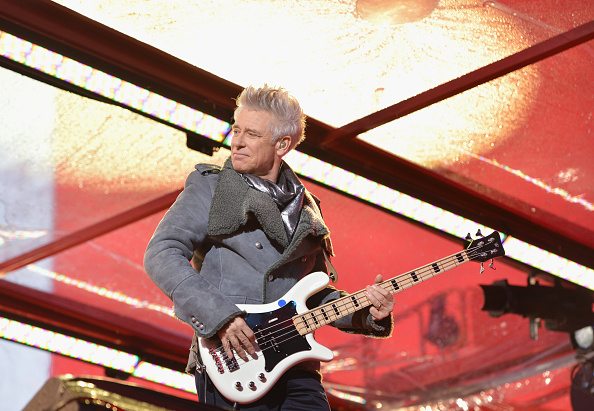 The band released their debut studio album "Boy" in October of 1980, and it charted in both the United States and UK. Music producer Steve Lillywhite had a heavy hand in tailoring and improving the group's sound and stylistic cohesion. To improve Clayton's bass guitar skills, Lillywhite picked out various recordings of Clayton playing the right way and then he had Clayton replicate his recordings until he consistently did it correctly. The band members understood the need for this degree of creative control and appreciated it. The album was praised by critics.

Prior to recording their second album, Bono, the Edge, and Mullen converted to Christianity and began attending a church called the Shalom Fellowship, which led them to question whether their beliefs were compatible with the rock star lifestyle. Another challenge presented itself when Bono lost a briefcase containing some completed songs in addition to notes and ideas for the album "October." Clayton didn't have much religious or spiritual conviction, which made him an outsider in the group. The album was a flop, and they were resolved to make a comeback with the third album. In 1983, they rented a cottage in Howth, Dublin and worked on writing songs for their next album. "War" was released on New Year's Day in 1983, and it reached no. 7 on the UK charts and peaked at no. 56 in the US. Their fourth album "The Unforgettable Fire" followed in 1984, and Clayton incorporated experimental techniques into his bass playing. Rolling Stone magazine named U2 the "Band of the 80's." The group has won twenty-two Grammy Awards and received forty-six nominations. They went on to produce critically acclaimed hit albums including "Joshua Tree" in 1987, "Pop" in 1997, "All That You Can't Leave Behind" in 2000, and "No Line on The Horizon" in 2010. 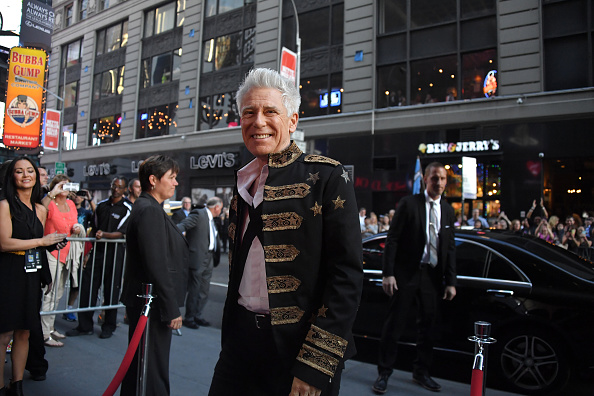 Other Projects and Influences

Clayton has collaborated with a number of other singers and bands over the course of his career including Sharron Shannon, Robbie Robertson, Nancy Griffith, and he collaborated with bandmate Mullen and U2 producer Daniel Lanois' album "Arcadie." He and Mullen worked on film soundtrack for the Tom Cruise led 1996 film "Mission: Impossible." Both were fans of the television series but were nervous about covering the legendary theme song from it, so they ended up providing the studio seven versions of the song. The song reached no. 7 on Billboard Hot 100, and they received a Grammy nomination for best pop performance in 1997.

Some of Clayton's influences include Paul Simonon, Bruce Foxton, Peter Hook, and James Jamerson. Because he began playing before receiving formal training, he has a unique style and is sometimes compared to Jazz bass musicians.

Clayton married former Brazilian model Mariana Teixeira De Carvalho in 2013, and they have one daughter together. He has been sober since 1996.

Like all the U2 band members, Adam owns real estate all over the world. His primary home since 1984 has been a large castle outside Dublin called Danesmoate House. He bought the castle in 1984 for £380,000, which at the time was unheard-of for Ireland. The band recorded their album "The Joshua Tree" at the castle in 1986. The 17-acre estate features a 14,000 square-foot mansion that has 20 bedrooms. He has performed significant upgrades and renovations.