How much is Ace Frehley Worth?

Ace Frehley Net Worth: Ace Frehley is an American rock musician who has a net worth of $1 million. Also known by his stage persona, "The Spaceman," Frehley is most famous for being the lead guitarist and co-founding member of the rock band Kiss. He played with the band from 1973 until 1982, at which point he embarked on a successful solo career. That being said, Ace did return to Kiss on a few occasions for reunion tours.

Today, Frehley is considered one of the best metal guitarists of all time. Outside of his skilled guitar playing, Frehley has acted as a lead vocalist for Kiss and other bands. He is also well-known for his on-stage antics. These include playing a specially-designed electric guitar that emits smoke from its neck. He has also customized his guitars to shoot rockets and emit flashing lights based on the song's rhythm.

Early Life: Paul Daniel Frehley was born on April 27th of 1951 in The Bronx, New York City. Raised alongside 2 siblings in a musically-inclined family, Frehley started playing the electric guitar at an early age after he received the instrument as a Christmas present. From this point onwards, Frehley spent much of his free time teaching himself how to play the guitar. During his early teens, he was also inspired by the likes of Jimi Hendrix, Buddy Guy, and Led Zeppelin.

Frehley first earned his nickname during his high school years. His friends called him "Ace" because he was able to get dates with essentially any girl he wanted, and he also helped his friends get dates as well. Despite the fact that he was doing well in arts, he eventually left high school and became involved with a New York City street gang.

Career: Frehley has admitted that joining Kiss probably saved his life, as he was moving into a downward spiral at that point. With all that said, Kiss was not the first band he joined during his younger years. His other bands included The Four Roses, Honey, and The Magic People. He achieved significant success with a band called Cathedral, and this was the catalyst that caused him to drop out of high school. Although he later returned and earned his diploma, Ace supported himself in the meantime with odd jobs such as mail, furniture, and liquor delivery.

A big moment came in the early 70s when Ace auditioned for the band that would become Kiss. Although his image was deemed unsatisfactory, his guitar-playing skill was undeniable. Gene Simmons, Peter Criss, and Paul Stanley all wanted him aboard. By 1973, the band had formally become Kiss, and Frehley was the lead guitarist. Ace also designed the band's lightning-bolt logo with his graphic art skills.

An early decision was made to adopt stage personas, complete with makeup and costumes. Ace adopted the name "The Spaceman" due to his love of science fiction. Although Kiss showed potential, Ace's income was not enough to pay the bills. Because of this, he found himself driving a cab part-time. By the end of the year, however, Kiss members were paid a $50-per-week salary from their manager, allowing Frehley to quit his job.

In 1974, Kiss released their self-titled debut album. Frehley wrote two of the album's tracks, including "Cold Gin." At this point, Frehley was not confident about his singing voice, and Gene Simmons took over the majority of vocal duties. This continued until 1977 when he sang "Shock Me" for the album "Love Gun." That being said, Frehley wrote many songs for the band, even if he wasn't singing the words himself.

In 1978, each member of Kiss released their own eponymous solo album. Ace's was by far the most popular and sold the most copies. His track "New York Groove" reached the Top 20 charts in the United States. After gaining confidence in his songwriting abilities, Frehley became a more active creative force within Kiss over the next few years. He contributed a number of songs for the albums "Dynasty" and "Unmasked."

However, tensions within the band were rising. Peter Criss – someone who Ace connected with more than the other "straight edge" members of Kiss – was voted out of the band in 1980. This meant that Ace was the minority in the group whenever votes were cast. Throughout the next few years, Ace started to gradually involve himself less and less with the band's music, starting with a rejection of the group's idea to make a concept album (Music From "The Elder"). By 1982, Frehley had completely left the band.

After leaving Kiss, Ace still received one-quarter of the share in the Kiss partnership. This continued until 1985, and it allowed him to take 25% of the profits for the albums "Lick It Up" and "Animalize" despite contributing nothing to their production. He then formed the band "Frehley's Comet," which signed a deal with Megaforce Records and released a self-titled album in 1987. The album charted well and sold almost 500,000 copies.

Despite solid reviews, the band failed to make much of an impact in the mainstream rock world. Ace started to release albums under his own name instead, such as "Trouble Walkin'." He then rejoined Kiss in 1996 for a reunion tour and contributed minimally to their new album, "Psycho Circus." Ace then toured twice more with Kiss – once in 2001 and again in 2018.

Real Estate: In February 2013, a bank in Yorktown, NY foreclosed on Ace's house after he failed to pay $735,000 worth of mortgage payments. He also neglected to pay two years' worth of property taxes on the 3-acre home. He reportedly owed interest, late charges, and other fees. 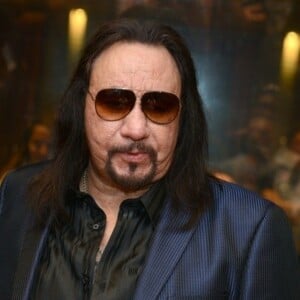