Abe Cunningham net worth: Abe Cunningham is an American musician who has a net worth of $6 million. Abe Cunningham was born in Long Beach, California in July 1973. He is best known for being the drummer of the band Deftones. The band formed in 1988 with Cunningham as a founding member. He left in 1990 but rejoined the band in 1993.

Deftones released their debut studio album Adrenaline in 1995 and the album Around the Fur in 1997. Their album White Pony was released in 2000 and reached #3 on the Billboard 200 chart and #2 in Australia. The band released the album Deftones in 2003 which reached #1 in Canada and #1 in the US and New Zealand. They also had success with their albums Saturday Night Wrist in 2006, Diamond Eyes in 2010, Koi No Yokan in 2012, and Gore in 2016. Their most successful single is "Change (In the House of Flies" and their song "Elite" won a Grammy Award for Best Metal Performance. 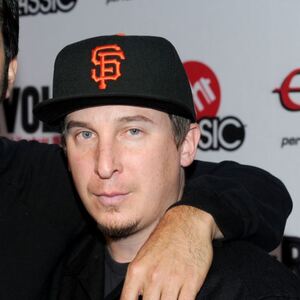