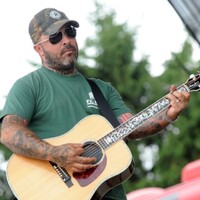 What is Aaron Lewis's Net Worth?

Aaron Lewis is an American musician who has a net worth of $6 million. Aaron Lewis is best known as the lead vocalist and rhythm guitarist of the rock band Staind. With the group, he recorded such albums as "Dysfunction," "Break the Cycle," "Chapter V," and "The Illusion of Progress." In 2011, Lewis began a solo career as a country artist with the release of his EP "Town Line."

Aaron Lewis was born on April 13, 1972 in Springfield, Vermont to a Catholic father and a Jewish mother. His parents eventually separated, and he moved with his father to Longmeadow, Massachusetts.

In 1993, Lewis met guitarist Mike Mushok at a Christmas party. Together, along with drummer Jon Wysocki and bassist Johnny April, they formed the rock band Staind in 1995. Early on, the group played covers of songs by Korn, Pearl Jam, Tool, and Rage Against the Machines, among other bands. Staind went on to release its debut studio album, "Tormented," in 1996. After signing to Flip Records, the band released its second album, "Dysfunction," in 1999. Featuring lyrics inspired by Lewis's life, the album continued the dark nu metal sound of "Tormented." It launched the singles "Mudshovel," "Just Go," and "Home."

Staind had its biggest success and breakthrough in 2001 with its third studio album, "Break the Cycle." Debuting at number one on the Billboard 200, the album propelled Staind into the mainstream; the album's first single, "It's Been Awhile," remains the band's best-known and most successful song. "Break the Cycle" went on to sell around seven million copies globally, making it Staind's best-selling album. Following this huge hit, the band had further success with its 2003 album "14 Shades of Grey." Like its predecessor, the album debuted atop the Billboard 200; it also launched the hit singles "Price to Play" and "So Far Away." With the release of its 2005 album "Chapter V," Staind had its third consecutive number-one album on the Billboard 200. The album's biggest hit single was "Right Here," which was followed by the singles "King of All Excuses" and "Everything Changes."

Staind's next album, "The Illusion of Progress," came out in 2008. Supported by the single "Believe," the album debuted at number three on the Billboard 200. Staind next released a self-titled album in 2011; it was the band's final studio album to feature the entire original lineup, as drummer Jon Wysocki left the group that year. The album debuted at number five on the Billboard 200, and featured the singles "Not Again" and "Eyes Wide Open." Following this, Staind took a hiatus beginning in the summer of 2012. The band returned to perform intermittently over the ensuing years. 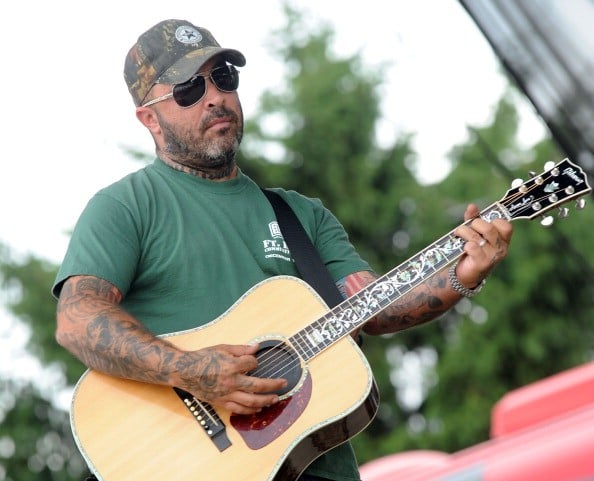 Lewis embarked on a solo career as a country artist in 2010 when he recorded the EP "Town Line." Released in 2011, the EP spawned the single "Country Boy." The following year, Lewis released his debut solo studio album, "The Road," which launched the single "Endless Summer." His next solo album was "Sinner," which came out in 2016 and debuted at number four on the Billboard 200. Three years after that, Lewis released "State I'm In." His fourth solo studio album, "Frayed at Both Ends," was released in early 2022.

Beyond Staind and his solo career, Lewis has collaborated with a range of artists over the years. In 1999, he was featured on the song "No Sex" on Limp Bizkit's album "Significant Other." A few years after that, Lewis was featured on the remix of Linkin Park's "Crawling," from the remix album "Reanimation." He has also contributed vocals to songs by such artists as Sevendust, Cold, and Jimmie's Chicken Shack. In late 2010, Lewis partnered with Slipknot's Corey Taylor for a one-night-only acoustic show covering such songs as Alice in Chains' "Down in a Hole" and Pink Floyd's "Comfortably Numb."

Lewis is a supporter of Donald Trump, and sported a "Make America Great Again" hat on his tours in 2019 and 2020. He has opposed vaccines and mask mandates to protect people during the COVID-19 pandemic.

With his wife Vanessa, Lewis has three daughters. Through his non-profit organization It Takes a Community, he has worked with his wife to reopen their daughters' elementary school in Worthington, Massachusetts. In his free time, Lewis likes to hunt whitetail deer with a bow and arrow.