What is Robin Quivers' Net Worth and Salary?

Robin Quivers is an American radio host who has a net worth of $75 million. She is best known for her work as news anchor and co-host of "The Howard Stern Show." She has worked with Howard pretty much continuously since 1981. She also appeared, as herself, in the Howard Stern biopic "Private Parts."

Robin Quivers' annual salary for her work on the Howard Stern Show is $10 million.

Robin Ophelia Quivers was born in Pikesville, Maryland, on August 8, 1952. She was raised in the area around Baltimore, Maryland. Her mother, Lula Louise Quivers, was a homemaker and housekeeper, and her father, Charles Quivers Sr., was a steelworker. She has three siblings: a biological brother, Charles Jr., and adopted brothers, Harry and Howard.

Originally, Quivers set out to be a nurse, earning her degree from University of Maryland in 1974. After a brief stint at Maryland Shock Trauma center, Quivers enlisted in the United States Air Force in July 1975. She entered active duty in January 1976, and eventually made Captain in three years' time before being discharged. She then remained in the United States Air Force Reserve as an inactive member until 1990.

In 1979, after leaving the military, Quivers returned to her hometown of Baltimore, and enrolled to study at the Broadcasting Institute of Maryland. While studying, she simultaneously worked in a hospital. Her first job in the world of radio was at WIOO in Carlisle, Pennsylvania, as a newscaster. She then moved to WCMB in Harrisburg, before going back to Baltimore to work as a consumer reporter for WJZ (AM). At WJZ (AM), she also would read newscasts with Johnny Walker, the station's morning disc jockey.

In March 1981, Howard Stern, the renowned American radio personality, started a new morning program in Washington, DC., at WWDC (FM). Quivers joined the show, and after just fifteen months, the show did so well that Quivers and Stern relocated to WNBC in New York City to continue working on it. Three years later, The Howard Stern Show moved to WXRK (K-Rock), where it remained for twenty years, before moving to Sirius Satellite Radio, where the show currently airs. When she underwent surgery to remove a tumor from her bladder in May 2012, she continued to provide commentary for "The Howard Stern Show" while she was recovering at home, and did so through an ISDN line. Howard Stern is noted for having said during this time that Quivers was an extremely important part of the show, going so far as to state that if he lost her as a partner, he would quit radio. 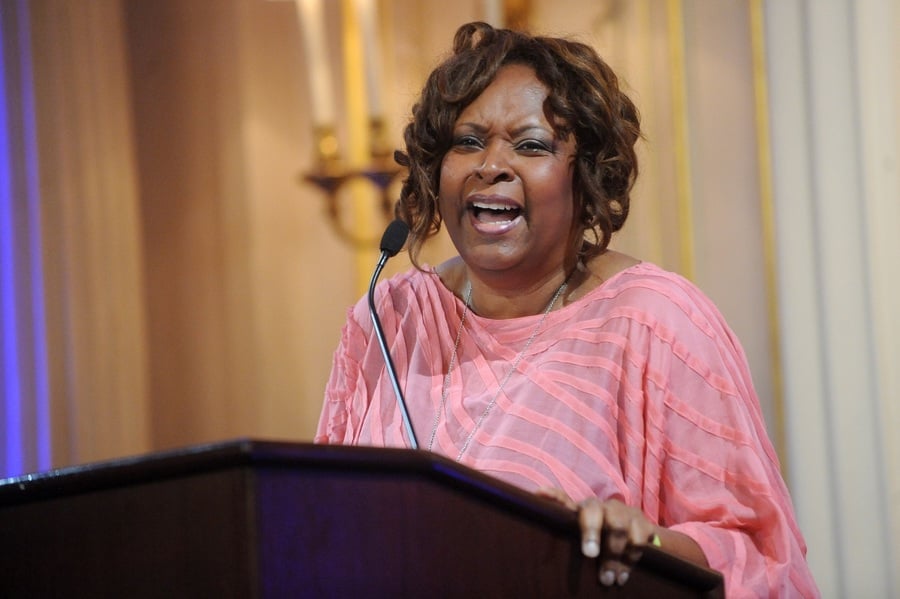 (Photo by Brad Barket/Getty Images for the T.J. Martell Foundation)

Additionally, Quivers has appeared on the sitcom "The Fresh Prince of Bel Air" and "Deadly Web", a made-for-TV movie. Quivers has also made many appearances and cameos as herself, from guest spots on "Larry King Live", "The View", "60 Minutes", and the feature film "Private Parts", a well-received biopic based on Howard Stern's first autobiography. Quivers released her own autobiography, "Quivers: A Life", in April 1995. Her second book "The Vegucation of Robin: How Real Food Saved My Life" won an NAACP Image Award in 2014.

Quivers is a resident of Manhattan, New York City. From the mid-1990s to April 2007, she was in a relationship with her boyfriend, Tony, who was often referred to as "Mr. X". She announced their separation on April 23, 2007, by calling in to the "Bubba the Love Spong Show" on Howard 101 to break the news. She then was in a brief relationship with comedian Jim Florentine, who actually asked her out on air. Some of Quivers's hobbies include race car driving, painting, and rock climbing, among others. She actually competed in the 2007 Toyota Pro/Celebrity Race, where she finished in fourteenth place out of a total of seventeen competitors.

Quivers has engaged in lots of charity work. Most notably, she has worked with The Girl Fund, a United Nations program that advocates for girls education. She is also the founder of the nonprofit organization The 15 Foundation. 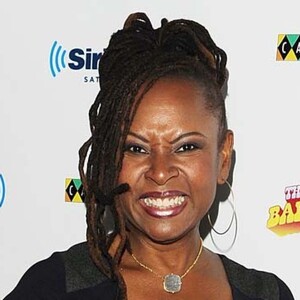