What Is Rita Marley's Net Worth?

Rita Marley OD is a Cuban-born Jamaican singer who has a net worth of $50 million. Rita is the widow of reggae legend/musician Bob Marley, and she was a member of the trio the I Threes, who served as Bob's backup singers. Rita is best known for carrying on her late husband's musical legacy and developing her own career as a solo artist. After Bob's death in 1981, Rita established the Bob Marley Foundation, the Bob Marley Group of Companies, and the Bob Marley Trust, and in 1986, she converted their former Kingston home into the Bob Marley Museum.

Rita has released several albums, including "Who Feels It Knows It" (1981) and "We Must Carry On" (1988), and she published the memoir "No Woman, No Cry: My Life with Bob Marley" in 2004. In 1996, the Jamaican government awarded her the Order of Distinction, and she received the Marcus Garvey Lifetime Award in 2010. Rita has been an honorary citizen of Ghana since 2013, and the University of the West Indies awarded her an honorary Doctor of Letters degree in 2015. Rita has been nominated for two Grammys: Best Ethnic or Traditional Folk Recording for "Reggae Sunsplash '81, A Tribute To Bob Marley" (1982) and Best Reggae Album for "We Must Carry On" (1991).

At the time of his death in 1981, Bob Marley was worth $11.5 million. That was equal to around $30 million in today's dollars. Bob died without a will because his Rastafarian faith prohibited acknowledging his own mortality. Following Jamaican law, when someone dies without a will, 10% of the estate immediately goes to their widow. In Bob's case that was Rita. Over time the widow can ultimately accumulate an additional 45% share of the estate, for a total of 55%. The remainder is equally divided among any living children. When Rita dies, the full 100% control is divided among his living children.

At the encouragement of some shady advisors, his widow Rita Marley forged Bob's signature on a will that supposedly pre-dated his death. This will left the majority of his estate to herself. When one of Marley's longtime business managers discovered what happened, he set off what became a 10 year legal battle that at up $6 million, roughly half the value of the estate, in legal fees.

In the end, the Jamaican court ordered that control of Marley's estate remain with Chris Blackwell, the owner of Bob's record company Island Music. Blackwell managed the estate through Island Logic Ltd until 2001, at which point full control passed to Rita Marley and his 11 recognized legitimate children.

Rita Marley was born Alpharita Constantia Anderson on July 25, 1946, in Santiago de Cuba. Rita's parents, Cynthia Jarrett and Leroy Anderson, separated when she was a child, and she was raised by her Aunt Viola in Kingston, Jamaica. During her youth, Rita loved singing and competed on the TV program "Lanamans Children's Hour," winning with her rendition of Mario Lanza's "Our Father- Lord's Prayer." Before meeting Bob Marley in the mid-'60s and becoming the "Queen of Reggae," Rita attended the Bethesda School of Practical Nursing.

After meeting Marley and Peter Tosh, Rita formed the group The Soulettes with Constantine "Dream" Walker (her cousin) and Marlene "Precious" Gifford, and Bob became their manager and mentor. The Soulettes released songs such as "Friends and Lovers," "A Deh Pon Dem," and "That Ain't Right" for the Studio One record label. During the summer of 1966, Bob, Peter Tosh, and Bunny Livingston formed the independent record label Wail 'n' Soul'm, releasing several 45RPM single records by Bob Marley and the Wailers and Peter Tosh and the Wailers. While Livingston was imprisoned for cannabis possession in 1968, Rita briefly replaced him in the Wailers, and around this time, the group met American singer Johnny Nash, and he produced a few of their rocksteady recordings. Nash's manager, Danny Sims, signed Rita, Bob, and Peter to exclusive production, publishing, and management contracts in April 1968 and gave them the opportunity to record music for the U.S. label JAD, which was owned by Nash, Sims, and musician Arthur Jenkins. These recording sessions were released on the 2003 album "Freedom Time." 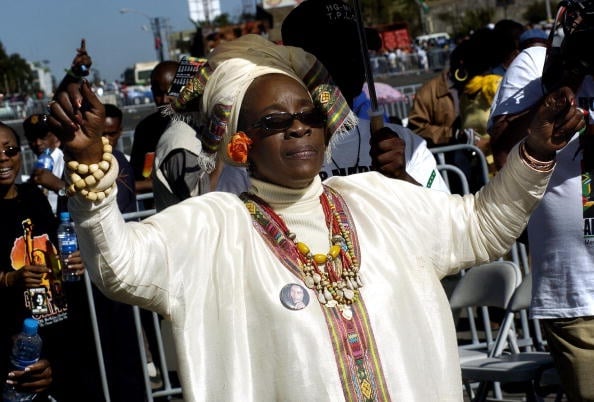 In 1974, Bob formed the trio I Three to provide harmony and back-up vocals for the Wailers after Bunny and Peter left the band. The I Three included Rita, Judy Mowatt, and Marcia Griffiths, and they performed on the Bob Marley & the Wailers albums "Natty Dread" (1974) and "Rastaman Vibration" (1976). Sadly, Bob passed away from cancer on May 11, 1981, at the age of 36. After his death, Rita released a few solo albums that were successful in the U.K., and her 1982 single "One Draw" sold more than two million copies and was the first reggae track to reach #1 on the "Billboard" Disco Chart. In 2000, she founded the Rita Marley Foundation, which is dedicated to working toward "the alleviation of poverty for peoples of developing and less developed countries." The organization gives scholarships to music students, supports indigent musicians, and rebuilds and refurbishes health care facilities and libraries. In 2006, Rita and The I Three performed on Fergie's song "Mary Jane Shoes," which was featured on the 5x Platinum (in the U.S.) album "The Dutchess." In 2019, she reunited with The I Three to accept the Iconic Award (For a Duo/Group) from the Jamaica Reggae Industry Association.

Rita married Bob Marley on February 10th, 1966, in Kingston, Jamaica. Before marrying Bob, Rita had a daughter named Sharon (born November 23, 1964) from a previous relationship, and Bob adopted her after the wedding. With Bob, Rita had daughter Cedella (born August 23, 1967), son David (aka "Ziggy," born October 17, 1968), and son Stephen (born April 20, 1972). She had daughter Stephanie on August 17, 1974, followed by another daughter, Serita, on August 11, 1985. Ziggy and Stephen both grew up to  become Grammy-winning reggae musicians. According to the Rita Marley Foundation's website, she has also "adopted 35 children in Ethiopia, and works assiduously to impact their lives in a practical and positive manner." In 1976, Rita and Bob were attacked by gunmen at their Jamaica home. A bullet lodged in Bob's arm, and Rita was shot in the head. The bullet reportedly "lodged between her skull and scalp" and was surgically removed.

While promoting her memoir in 2004, Rita alleged that Bob had raped her in the early '70s after she refused to sleep with him due to his infidelity, stating, "Bob wouldn't take no for an answer. He said to me, 'No, you're my wife and you're supposed to.' So he forced himself on me, and I call that rape." Rita later said that she had been misquoted. In 2005, she announced plans to have Bob's body exhumed so he could be buried in his "spiritual resting place" in Ethiopia, but after the announcement caused uproar among Jamaicans, a spokesman for the Marley family released a statement that said Jamaica "will remain the resting place for Bob Marley for the foreseeable future." In 2016, Rita was hospitalized in Miami after suffering a stroke, and in January 2021, she was the victim of a death hoax.

In 2010, Rita's home/recording studio in Akwapim Mountain, Ghana, burned down, destroying property valued at $20 million. The "multi-million-dollar studio" contained most of Bob's original tapes. The Marleys also owned a home in Nassau, Bahamas, known as "La Randa," which Rita put on the market for $980,000 in August 2020. The 3,900 square foot estate includes three bedrooms and three bathrooms, and a one-bedroom guest house sits on the 45,629 square foot lot. 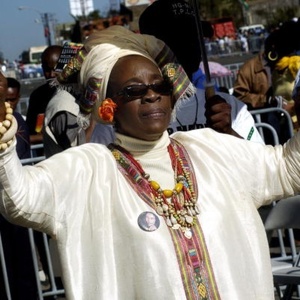