What is Ricki Lake's Net Worth?

Ricki Lake is an American actress, producer, and TV host who has a net worth of $25 million. Lake is probably best known for playing the lead role in the 1988 film "Hairspray." This role earned her a nomination for an Independent Spirit Award. Following this achievement, Ricki created her own talk show called "Ricki Lake," which ran from 1993 to 2004.

At just 24 years of age, Lake was the youngest person to have hosted a syndicated talk show when "Ricki Lake" debuted. In 2012, Ricki Lake followed up with another talk show called "The Ricki Lake Show." Although this show was canceled after a single season in 2013, she nonetheless won a Daytime Emmy Award as a result of the project.

Ricki Pamela Lake was born on September 21st of 1968 in Hastings-on-Hudson, New York. Raised in a Jewish household, Lake was primarily raised by her grandmother rather than her birth parents. Her mother was a homemaker and her father was a pharmacist. After graduating from high school, Ricki attended Ithaca College for a single year.

Ricki Lake's breakthrough role came in 1988 when she booked the part of Tracy Turnblad in the film "Hairspray." The film was only a moderate success in theatres, grossing just $8 million on a budget of $2.7 million. However, it later achieved a cult following upon home video release. As the years went by, critics viewed the film with increasingly favorable sentiments. During this period, Lake starred in many other films directed by John Waters, including "Cry-Baby," "Cecil B. Demented," and "Serial Mom." Her other films during these early years included "Mrs. Winterbourne," "Cabin Boy," "Last Exit to Brooklyn," "Cookie," and "Inside Monkey Zetterland."

Ricki also explored a number of opportunities in television, joining the cast of "China Beach" in the show's third season. She then booked a recurring role in "King of Queens," and later booked a guest-starring role in "Drop Dead Diva." During this period, Lake established herself as a voice actor, booking a role in "King of the Hill." She also starred in the television movie "Baby Cakes."

When "Hairspray" was remade in 2007, Ricki booked a cameo role as a talent agent. She also contributed to the movie's soundtrack alongside Nikki Blonsky and Marissa Jaret Winokur, and they all recorded the track "I'm a Big Girl Now." Next year, she and another original "Hairspray" co-star reunited to star in the film "Hotel Gramercy Park." 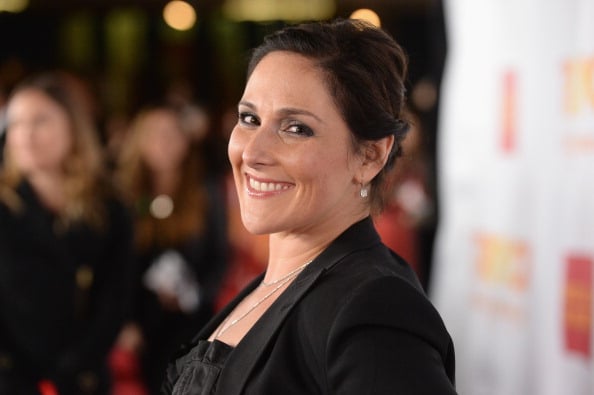 Although Lake has been quite successful as an actress, she was also exploring a separate career as a talk show host as early as 1993. This was the year that her show "Ricki Lake" debuted. It then ran for over a decade, eventually stopping only when Ricki herself decided to quit. Although Sony was reportedly willing to give her a contract for four more years, Lake decided that she needed to spend more time with her family. She would later attempt to revive her talk show in 2012, although this effort ultimately failed when the show was canceled in 2013.

That being said, Lake experienced success in many other capacities following the cancellation of her revived talk show. In 2006, she began hosting "Gameshow Marathon." During this period, she continued with her acting work and created a documentary called "The Business of Being Born," which focused on home birth and midwifery. Later, she wrote a book on natural childbirth options which was published in 2009. Later, Lake and a colleague launched a website that focused on natural childbirth options. In 2009, she became the new host of VH1's "Charm School." In 2010, she appeared on "The Oprah Winfrey Show."

In 2012, Ricki competed in the 13th season of "Dancing with the Stars." She consistently achieved high scores, eventually finishing in third place despite achieving higher scores than both the runner-up and the eventual champion. In 2017, Ricki appeared as a guest judge in "Let It Shine," a British talent show. In 2018, she released another documentary, this time focusing on the topic of medical marijuana. Throughout the next few years, she participated in shows like "The Masked Singer" and "The X Factor: Celebrity." Continuing with her appearances in Britain, Ricki made a guest appearance in the talk show "Loose Women" in 2019.

In 2011, it was reported that Lake had been sued for allegedly burning down a beach house in Miami. She was vacationing in the home alongside her two sons when she caused a fire due to spilled oil. The fire quickly spread across the entire home while Ricki rushed out with her sons to safety.

The owner of the home then filed a lawsuit against Lake, claiming that the actress is liable for the losses. Lake was sued for millions of dollars, as the owner claimed that he would have to completely rebuild the home on the burnt-out land.

In 2013, it was reported that Ricki was listing her home in Los Angeles for $8.75 million. She had originally purchased the residence back in 2002 for $6.5 million. The original owners were none other than Courtney Cox and David Arquette. Described as a "plantation-style" home, the residence was first constructed in 1949 and sits in the affluent neighborhood of Brentwood. Featuring 5,226 square feet of living space and six bedrooms, the residence also boasts French doors and a lush garden.

When this listing was publicized, various observers stated they believed Ricki was "downsizing" due to the cancellation of "The Ricki Lake Show." Later, it was reported that Ricki sold the property for a total of $8.45 million. 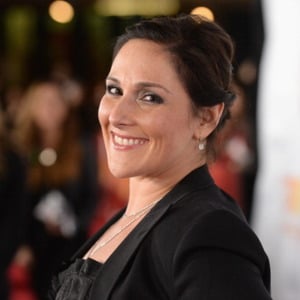