Rickey Smiley net worth: Rickey Smiley is an American comedian, radio personality, actor and entrepreneur who has a net worth of $5 million. Rickey Smiley is probably most famous for his prank phone calls which air on his nationally syndicated radio program. Smiley first became a well known figure on the TV stand up comedy show ComicView on Black Entertainment Television.

He served as the host of ComicView for its 2000 season. Also during this period he performed stand up comedy on other TV programs, such as Showtime at the Apollo, Def Comedy Jam, and Uptown Comedy Club. Smiley's stand up comedy is characterized by his unusually clean style, and the variety of comedic characters he employs in his act. These include "Bernice Jenkins," "Rusty Dale," and "Beauford. In 2004, Smiley was hired by Dallas, TX radio station KBFB as their morning radio host. His show featured, of course, his famous prank phone calls, in addition to news, weather, and hip-hop related programming. Rickey Smiley has also made appearances in various comedy films, including Friday After Next from starring actor/rapper Ice Cube, and the similarly titled but unrelated First Sunday, in which he plays his character Bernice Jenkins. 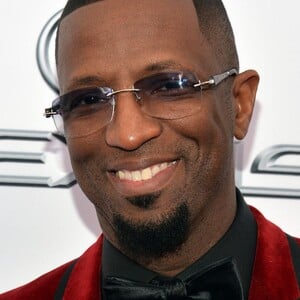