Yung Lean net worth: Yung Lean is a Swedish rapper and record producer who has a net worth of $3 million. Yung Lean was born in Sodermalm, Stockholm, Sweden in July 1996. He released his debut mixtape titled Unknown Death 2002 in 2013. Yung Lean released many singles on YouTube through his label Sad Boys Entertainment. His debut studio album Unknown Memory was released in 2014 and he followed that up with a two month American tour. Along with Yung Sherman and Yung Gud he formed the Hasch Boys. Lean gained attention in 2013 when the music video for his song "Ginseng Strip 2002" got more than two million views on YouTube. He was included on XXL magazine's "15 European Rappers You Should Know" list in 2014. Lean is known for his fashion including his bucket hats. 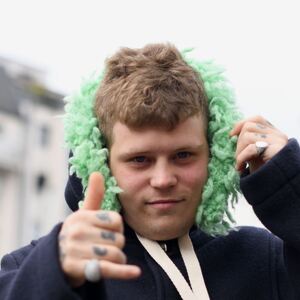