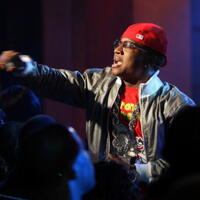 What is Yung Joc's Net Worth?

Yung Joc was born Jasiel Amon Robinson on September 20, 1983, in Atlanta, Georgia. His father, Stanley Tucker, owned a company that sold hair care products, and he helped Joc land an opportunity to write a jingle for the cosmetics company Revlon. After Yung Joc started rapping, he launched his own record label, Mastermind.

Yung Joc rose to fame after he met Nitti Beatz, an Atlanta producer, and they recorded the track "It's Goin Down" in 2005. Russell "Block" Spencer of Block Enterprises signed Joc to Bad Boy South, Sean "Diddy" Combs' record label. Yung Joc's debut album, "New Joc City," was released on June 6, 2006, and it reached #3 on the "Billboard" 200 chart and #1 on the Top R&B/Hip-Hop Albums and Top Rap Albums charts. "It's Goin Down" was certified 3× Platinum, and it topped the Hot R&B/Hip-Hop Songs and Hot Rap Songs charts and peaked at #3 on the "Billboard" Hot 100 chart. The album's two other singles, "I Know You See It" and "1st Time" went Platinum and Gold, respectively. In 2006, Joc was also featured on Cheri Dennis' "I Love You," Danity Kane's "Show Stopper," Lil Boosie's "Zoom," and Trae's "In the Hood." That year he was ranked #20 on "Forbes" magazine's "Richest Rappers List." Yung Joc released his second album, "Hustlenomics," on August 28, 2007, and just like his debut, it reached #1 on the Top R&B/Hip-Hop Albums and Top Rap Albums charts and #3 on the "Billboard" 200 chart. The album included the singles "Coffee Shop" and "Bottle Poppin'," both featuring Gorilla Zoe. In 2007, Joc was featured on T-Pain's hit single "Buy U a Drank (Shawty Snappin')," which reached #1 on the "Billboard" Hot 100 and Hot R&B/Hip-Hop Songs charts. He also performed on DJ Drama's "5000 Ones," Cheri Dennis' "Portrait of Love," and Cherish's "Killa" that year. 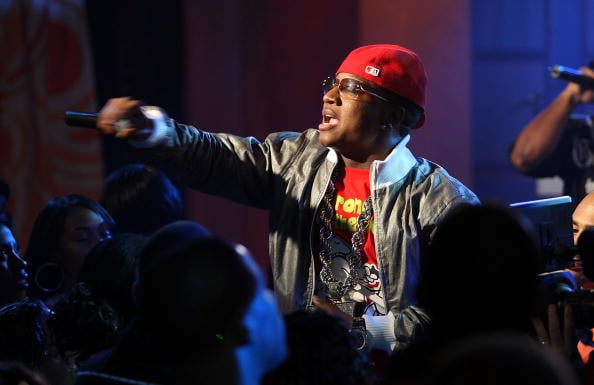 In 2008, Yung Joc released the mixtape "Joc Is Back" and was featured on Hot Stylz' "Lookin' Boy," David Banner's "Get Like Me," Slim's "So Fly," and Bobby V's "Beep." In August 2009, he released the mixtape "Grind Flu" for free on the Swagg Team Entertainment website, and that year he performed on Day26's "Imma Put It on Her." In 2010, Joc released "Yeah Boy," the first single from his third album, "Mr. Robinson's Neighborhood," and he was featured on Kane & Abel's "Big Shot." In 2011, he released the single "I Know What She Like" (featuring Yo Gotti and Stuey Rock), and in October 2012, it was announced that RCA Music Group would be shutting down Jive Records, Arista Records, and J Records, meaning that Yung Joc would be releasing his future material on RCA Records. In 2014, he released two more singles from the as-yet-unreleased "Mr. Robinson's Neighborhood," "I Got Bitches" (featuring AE200 and D Dro) and "Features" (featuring T-Pain), followed by "Wrong Places" in 2016 and "Perfect Timing" (featuring Gunna and B. Smyth) in 2019.

In late 2011, Joc's Swagg Team recording studio was robbed of approximately $70,000 worth of studio equipment. The thieves also took a hard drive that contained the unreleased songs that Yung Joc was planning to put on his third album. It was later revealed that Joc had identified one of the robbers as a man known as "Honcho" who lived in Thomaston, Georgia. Yung Joc has eight children by four different mothers: daughter Ja'Kori and sons Amoni, Amir, and Chase as well as two sets of twins, Cadence and Camora and Eden and Allon. He had three of the children with his ex-wife, Alexandra, who he was married to for 13 years. Joc became engaged to lawyer Kendra Robinson in July 2019, and though he told "Page Six" that they "want to get engaged and get married right away," the COVID-19 pandemic put the couple's wedding plans on hold. In early 2020, Yung Joc was filmed while he was driving for the rideshare company Pull Up N Go, and despite speculation that he was having financial troubles, Joc stated that he was doing it because he had been involved with Big Brothers Big Sisters of Metro Atlanta for several years and wanted to show kids the importance of making an honest living.

In 2009, Joc announced that he was filing a lawsuit against Bad Boy Entertainment and Block Entertainment because of unpaid royalties, saying, "I haven't been paid any royalties since I've been out, after over a million albums sold. For my first album, they gave me a $25,000 advance when I was supposed to get more…Then I had a million dollar budget for my second album, never even got an advance off of it. For the third one they hit me with another $25,000, like I'm some chump in this shit. And I just got tired of it." In 2012, Joc, Bad Boy Entertainment, and Block Entertainment were sued by Master Mind Music, an Atlanta record label, for copyright infringement and breach of contract; the label claimed that it owned the rights to all Yung Joc music that had been created since 2005.