How much is Yung Berg Worth?

Yung Berg Net Worth: Yung Berg is an American rapper, producer and songwriter who has a net worth of $2 million dollars. Christian Ward (aka Yung Berg) was born September 9, 1986 in Chicago, Illinois. In 2001, he was signed to DMX's Bloodline Records and made his debut on the Exit Wounds soundtrack on the song Dog 4 Life under the moniker Iceberg. In 2005, Yung Berg worked as a hype-man and recording assistant for Disturbing tha Peace member and Chicago rapper Shawnna. Later that year he founded his Yung Boss imprint and production team Yung Bosses. Yung Berg's debut single Sexy Lady, featuring R&B singer Junior, was released in early 2007 and generated a buzz around Berg, eventually peaking at No. 18 on the Billboard Hot 100 Singles chart. Berg went on to sign with Epic Records and his debut EP Almost Famous: The Sexy Lady EP was released later in 2007. Berg's debut album, Look What You Made Me, was released in 2008 and spawned the singles Do That There, featuring Dude 'n' Nem and The Business featuring Casha, which peaked at No. 33 on the Billboard Hot 100. 2008 also marked a collaboration with Ray J on the track Sexy Can I. In 2009, Berg added yet another alias, Hit Maka, and focused on writing, producing and arranging songs for other artists. As Hit Maka, Berg wrote Tamar Braxton's hit single The One and started a record label Yung Fly Movement with singer Mia Rey and rapper Jordan Hollywood. That same year Yung Berg, producer Rob Holladay and his brother K-Young formed the production group The Dream Team. 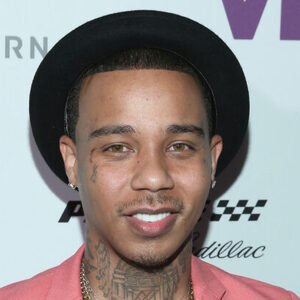