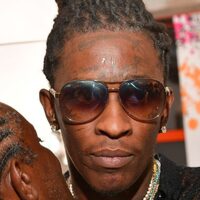 What is Young Thug's Net Worth?

Young Thug is an American rapper who has a net worth of $8 million. Young Thug has a unique musical style and an equally distinct sense of fashion. Some may call him eccentric, but his success and fame have become an undeniably integral part of today's hip-hop scene. After collaborating with various artists in the musical world, Young Thug has become a fan-favorite among enthusiasts of the trap genre.

Young Thug was born on August 16th of 1991 in Atlanta, Georgia. His real name is Jeffery Lamar Williams, and he comes from a large family of 11 children. A Zone 3 native, Young Thug comes from the same impoverished neighborhood in Atlanta that produced musicians such as Waka Flocka Flame, 2 Chainz, and Ludacris. Williams was an unruly child and was reportedly sent to Juvenile Prison for four years after breaking his teacher's arm in 6th grade.

Young Thug began his musical career before he reached his 20s, featuring on TruRoyal's "She Can Go." This prompted Young Thug to release numerous mixtapes between 2011 and 2012. These mixtapes became known as the I Came From Nothing series. Prominent Atlanta-based rapper Gucci Mane took notice of Young Thug and signed him to the 1017 Brick Squad record label. After releasing more mixtapes with the support of Gucci Mane's label, Young Thug created quite a buzz due to his original musical style. Many predicted that he would be one of the biggest new rappers. During this time, Young Thug added to his notoriety by collaborating with artists such as Waka Flocka Flame and Travis Scott. 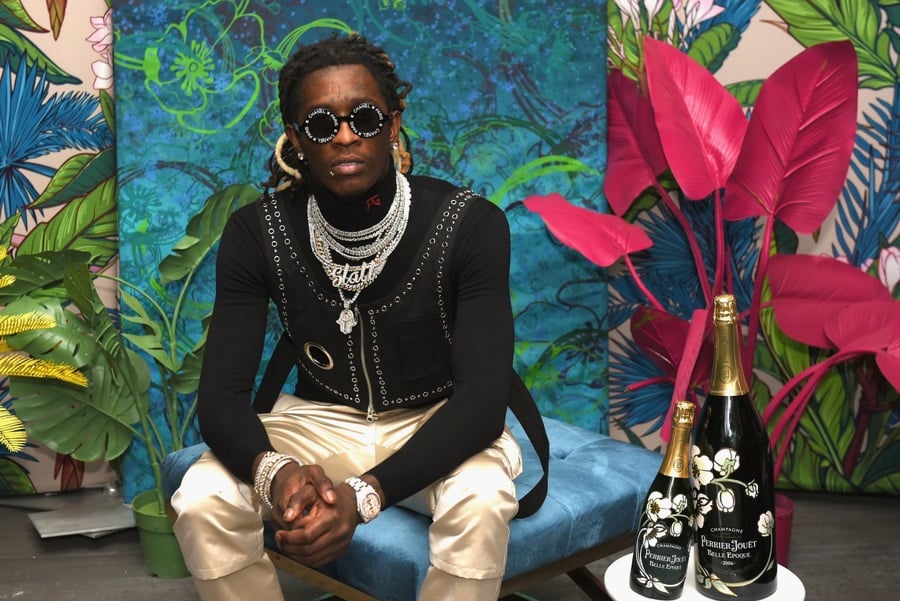 In 2014, Young Thug was the subject of many rumors, including reports that he'd been offered over $8 million to sign with Future's record label. He also became affiliated with Birdman's Cash Money Records, although it was later revealed that this was a management deal, and not a record label deal. Young Thug remained loyal to 1017 Brick Squad for most of the year, but later signed with 300 Entertainment. The next few years saw Young Thug collaborating with major artists such as Kanye West, Chief Keef, and Rich Homie Quan.

By 2015, fans were begging for a real album – and not another mixtape. Young Thug originally planned to call his debut album Carter 6, in an apparent homage to Lil' Wayne. However, Lil' Wayne saw this as a copyright issue and told his fans to stop listening to Young Thung. In response, Young Thug announced that his album would be called Barter 6 instead. He then announced that the upcoming release would simply be another mixtape.

Later in 2015, there was still confusion about who exactly Young Thug had signed with, as he claimed that he had a deal with Atlantic Records. Over the next few years, a debut album continued to be teased, and at one point the title was revealed to be "HiTunes." However, the album never materialized, and Young Thug continued to release further mixtapes. One of the highlights of his career came in 2017 when he collaborated with Camila Cabello's hit single "Havana." The song peaked at number one on the Billboard Top 100, giving Young Thug his first number one hit. He repeated this feat once again in 2018, as he co-wrote and provided background vocals for Childish Gambino's "This Is America." The song reached the number one spot once again.

In February 2014 he was arrested for possession of a controlled substance, reckless conduct, reckless driving, and driving without a seat belt. In July 2015, Young Thug was arrested at his home in Atlanta on drugs and weapons charges. After the home was searched, police charged him with felony cocaine possession, felony marijuana possession and three counts of felony drug possession. The arrest came just days after Young Thug and Birdman were implicated in a plot to kill Lil Wayne.

In May 2022 Young Thug was arrested at his home in Atlanta's Buckhead suburb. According to an 88-page indictment that accompanied the indictment, Young Thug was one of 28 people charged on allegations including participation in criminal street activities and conspiracy to violate the RICO act (Racketeer Influenced and Corrupt Organization act). The indictment claimed that Thug and 27 other individuals, operating as a group called "Young Slime Life", participated from murder, aggravated assault, theft, drug possession, armed robbery and more between 2012 and 2020. Young Thug was accused of being one of Young Slime Life's leaders. One of the allegations listed in the indictment is the April 2015 incident in which an alleged YSL member named Jimmy Winfrey allegedly shot at Lil Wayne's tour bus.

In the wake of the 2020 coronavirus, Young Thug explained to radio host Big Boy how canceling shows and festivals costs artists on his level millions of dollars. He explained:

He further explained that he sort of loses double the money because he needs/wants to keep his expenses at the same level:

"I might spend a million, two million just on this quarantine shit. Like I got my mom and daddy, all these folks god damn. I'm like, 'Y'all stay in the house.' They like, 'Yeah'. They get tired of the house every week, they want a penthouse, go to the hotel. That shit cost money and you don't make the money off your shows. However much money I lose on a show, that's probably the same amount of money I lose spending my money."