Award-winning rapper Young Dro has an estimated net worth of $500 thousand. Young Dro, whose real name is D'Juan Hart, had a rough start in life. Young Dro was born in Bankhead Court, an infamous housing project in Atlanta. Young Dro grew up in a large family, to say the least, he's the second eldest of his mother's five sons and he's the middle child of his father's 21 children!

His mother works all hours to keep the roof her children's heads. Despite this, Young Dro spent many of his childhood shifting from one housing complex to another and at the age of 16, he was shot in the stomach, not able to walk for almost a year. For the remainder of his teen and early twenties, the talented rapper spent most of his life in prison.

Growing up in poverty, experiencing a near-death incident and in constant trouble with the law, Young Dro possesses a great talent in writing rap lyrics, sketching back to the 9th grade. Young Dro never took his music career seriously until he was encouraged by his best friend Chris Smith from rap duo Kris Koss. He didn't waste any time in forging a career: Young Dro hooked up with rapper Raheem the Dream in the late 90's. By 2002, he was signed to Raheem's record label, Tight IV Life Records and released his debut album, I Got That Dro – using the stage name Dro.

Young Dro made waves with reputable rappers who became instant fans. TI was so impressed with his unique style that he signed Young Dro his label, Grand Hustle Records (a division of Atlantic Records) in 2005. Changing the stage name to Young Dro, he released his 2006 debut album (Best Thang Smokin'). The first single from the album, Shoulder Lean, was well-received by BET and MTV2. Shoulder Lean stormed in at no. 10 on the Billboard Hot charts and stole the top spot for the Hot Rap Tracks chart. The second track, Rubberland Banks immediately followed, peaking in the rap chart at no.23.

This is not the first that Young Dro met TI – in fact they were best pals since the 90's, but they lost contact. Now the two successful rappers are reunited after so many years. This could be the beginning of a very beautiful relationship. 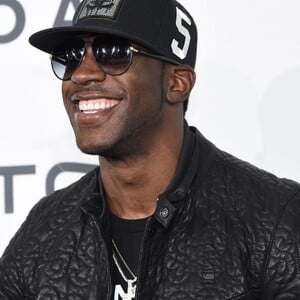