What is Young Buck's Net Worth?

Young Buck is an American rapper and producer who has a net worth of $100,000. He is a former member of the hip-hop groups UTP Playas and G-Unit (alongside rapper 50 Cent). After numerous rumors of contention within G-Unit, 50 Cent officially dismissed Young Buck from the group in 2008. His first solo studio album on G-Unit Records, "Straight Outta Cashville, was released in 2004 and reached #1 on the Top Rap Albums chart, #2 on the Top R&B/Hip-Hop Albums chart, and #3 on the "Billboard" 200 chart. His follow-up, 2007's "Buck the World," also reached #3 on the Billboard" 200 and topped the Rap and R&B/Hip-Hop charts. Young Buck rejoined G-Unit in 2014 and was featured on the EPs "The Beauty of Independence" (2014) and "The Beast Is G-Unit" (2015). Young Buck launched his own record label, G-Unit South, in 2005, and he changed the name to Cashville Records in 2007.

Young Buck was born David Darnell Brown on March 15, 1981, in Nashville, Tennessee. The son of Audrey Horn and James Brown, Young Buck started rapping when he was 12 years old, and he performed for the co-founder of Cash Money Records, Brian "Baby" Williams, a few years later. He signed with Cash Money in 1995, then later left the label for UTP Records, which led to him meeting 50 Cent and signing with G-Unit Records. One of Young Buck's first appearances was on Three 6 Mafia's song "Memphis," which was featured on their 2000 album "When the Smoke Clears: Sixty 6, Sixty 1."

Soon after signing with Cash Money, Young Buck toured with Birdman. After five years of never appearing on a Cash Money album, Young Buck left the label and signed with UTP records, which was founded by rapper Juvenile. He also joined Juvenile's rap group, UTP Playas, and released the album "The Compilation" with them in 2002. That year, he also released a solo album, "Born to Be a Thug," on the label. Young Buck left the group and the label in 2003 to join G-Unit and G-Unit Records. G-Unit released their debut studio album, "Beg for Mercy," in 2003, and it reached #2 on the "Billboard" 200 chart and was certified 2x Platinum. In 2004, Young Buck released the solo album "Straight Outta Cashville," which went Platinum and featured the singles "Let Me In" (featuring 50 Cent), "Shorty Wanna Ride," and "Look at Me Now" (featuring Mr. Porter). He followed "Straight Outta Cashville" with the 2007 solo album "Buck the World" and the 2008 G-Unit album "T·O·S (Terminate on Sight).

A few months before the release of " T.O.S.," 50 Cent stated that Young Buck was no longer a member of G-Unit due to "inconsistent behavior." 50 Cent later released the audio of a phone call in which Young Buck could be heard crying and asking 50 Cent to let him back into the group, which led Young Buck to release a few diss tracks about 50 Cent and G-Unit. For years, Young Buck wasn't allowed to release new music because he was still under contract with G-Unit Records, but in 2012, he revealed that he was no longer under contract with the label. In 2014, Young Buck reunited with G-Unit and appeared on the EPs "The Beauty of Independence" and "The Beast Is G-Unit," which both reached #3 on the Top Rap Albums chart. He also released a mixtape, "Before The Beast," in 2015 and followed it with several more, including "Compulsive" (2019) and "Vaccine" (2021). 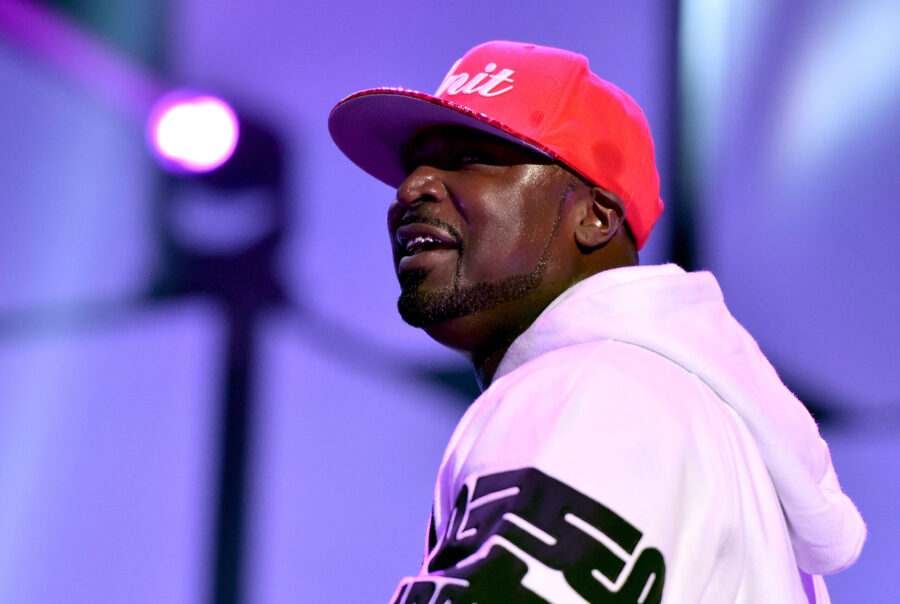 Young Buck married Tanee McCall in 2002, and he is the father of daughters Jada and Jayla and son David Jr. In 2000, Young Buck had to undergo a blood transfusion after being shot several times during a home invasion at his Nashville home, and in 2012, his SUV was targeted by a drive-by shooter. The vehicle was hit by gunfire 11 times, and a female passenger was shot, but Young Buck wasn't injured. In November 2004, he was arrested after allegedly stabbing a man at the VIBE Awards. The victim, Jimmy James Johnson, asked Dr. Dre for an autograph, and when Dr. Dre declined, Johnson punched the back of his head, and a fight broke out. Young Buck struck a deal with prosecutors to avoid going to trial. He was also arrested in August 2005 after police pulled over a van he was riding in and found two guns. One of the guns was on the floor of the van, and all 12 men in the vehicle were charged with criminal possession of a weapon. In July 2016, he was arrested for kicking down the door at his ex-girlfriend's home and threatening to burn the place down. He was initially released on a $5,000 bond, but he was later sentenced to seven months in prison after violating the terms of his release and trying to contact the woman more than 100 times and for violating his parole by "using marijuana and providing a false urine sample."

In August 2010, Young Buck filed for Chapter 13 bankruptcy after the IRS raided his home. The IRS planned to auction off his seized property in October, but his attorneys filed suit to halt the auction. Young Buck had been intending to sue 50 Cent because of a record contract dispute, but when his legal team re-filed a revised bankruptcy petition, all references to the $5 million lawsuit were taken out. The IRS seized studio equipment and items that belonged to his children, and Young Buck stated that he needed the studio equipment to "generate income in order to reorganize the estate" and that he needed his family's property back because it had "created great stress in the home." His attorney told the court that Young Buck would be able to begin paying back taxes after he sold real estate worth $638,500, but in July 2012, the IRS held a public auction and made approximately $53,000 off of his property. After the IRS raid, authorities found a gun and ammunition in Young Buck's home, and since he's a felon and prohibited from owning guns, he began serving 18 months in prison on weapon charges in August 2012. 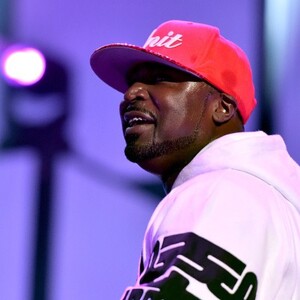