What is YG's Net Worth?

YG is an American rapper known for such hit singles as "Toot It and Boot It," "My Nigga," and "Big Bank." YG has a net worth of $5 million. Signed to Def Jam Recordings, he released his debut studio album, "My Krazy Life," in 2014. YG followed this with the albums "Still Brazy," "Stay Dangerous," "4Real 4Real," and "My Life 4Hunnid."

YG, whose real name is Keenon Dequan Ray Jackson, was born in 1990 in Compton, California. He had a troubled youth, as he joined the Bloods gang at the age of 16. His father, meanwhile, was in prison for tax fraud.

At the age of 20 in 2010, Jackson released his debut single, entitled "Toot It and Boot It." Featuring Ty Dolla Sign, the song reached number 67 on the Billboard Hot 100, and garnered Jackson much acclaim. As a result, he signed to Def Jam Recordings, and released mixtapes such as "The Real 4Fingaz," "Just Re'd Up," and "4 Hunnid Degreez."

CTE World and "My Krazy Life"

In 2013, Jackson signed an additional deal with CTE World, the imprint of rapper Young Jeezy. With Jeezy, he was featured on Yo Gotti's song "Act Right." Later in the year, he was heavily featured on the CTE World mixtape "Boss Yo Life Up Gang." Following this, Jackson released the lead single from his upcoming album; entitled "My Nigga," it featured Jeezy and Rich Homie Quan, and peaked at number 19 on the Billboard Hot 100. A second single, "Left, Right," was released shortly after.

In February of 2014, Jackson released the single "Who Do You Love?," featuring Drake. The next month, he finally released his debut studio album, entitled "My Krazy Life." Featuring guest appearances by such artists as Kendrick Lamar, Meek Mill, Lil Wayne, Nicki Minaj, and Jeezy, the album debuted at number two on the Billboard 200. It would later go on to become certified Platinum by the RIAA.

Preceding his second album in 2015, Jackson released the singles "Twist My Fingaz," "Cash Money," and "I Want a Benz," the lattermost of which featured Nipsey Hussle and 50 Cent. The next year, Jackson released the album "Still Brazy," which won critical raves and debuted at number six on the Billboard 200. Moreover, it became certified Gold by the RIAA.

Jackson released his third studio album, "Stay Dangerous," in 2018; featuring guest appearances from 2 Chainz, Quavo, and Big Sean, among others, it debuted at number five on the Billboard 200. This was followed by the album "4Real 4Real," which was dedicated to the late Nipsey Hussle. In October of 2020, Jackson put out the album "My Life 4Hunnid," recorded entirely during the COVID pandemic. Just prior to the album's release, Jackson put out the singles "Money Mouf," featuring Tyga and Saweetie, and "Out on Bail," which was inspired by the eponymous 2Pac song.

Among his other music projects, Jackson was featured on Jeremih's 2014 song "Don't Tell 'Em"; reaching number six on the Billboard Hot 100, it became Jackson's highest-charting single to date. Later, in 2017, he was featured on the Mariah Carey song "I Don't." Jackson also had a memorable appearance at the 2020 BET Awards, where he performed with Public Enemy, Questlove, Rapsody, and Nas on the classic Public Enemy song "Fight the Power."

In 2021, Jackson released "Kommunity Service," a collaborative album with rapper Mozzy. It was supported by the singles "Perfect Timing" and "Bompton to Oak Park," and peaked at number 44 on the Top R&B/Hip-Hop Albums chart. 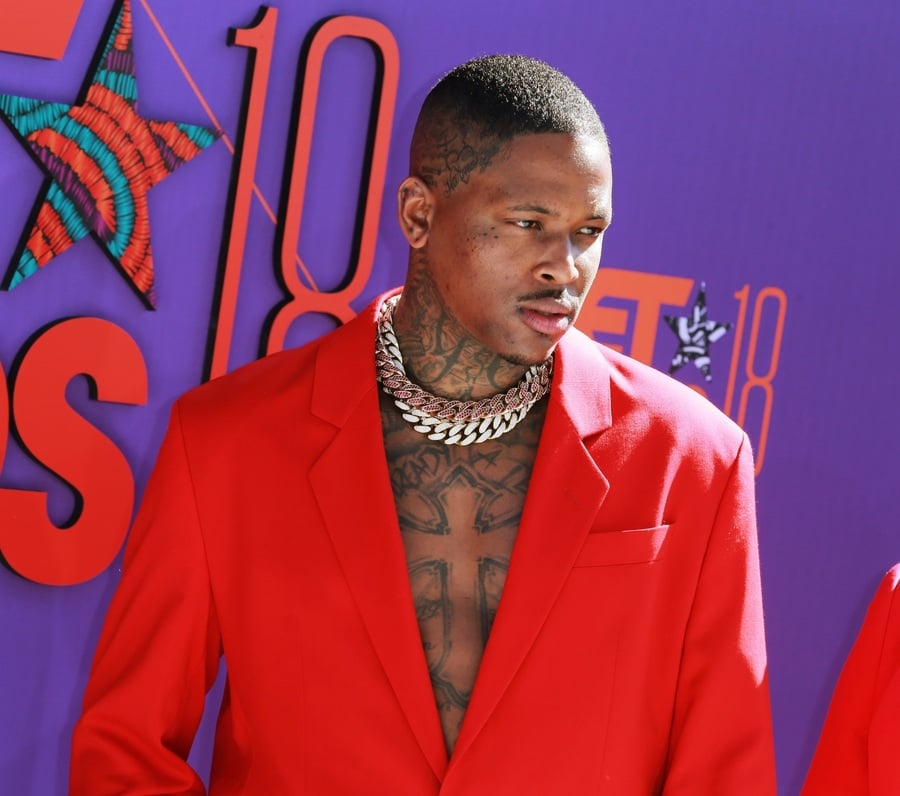 Jackson headlined his first tour, called Fuck Donald Trump Tour, in 2016. During the tour, he caused some media controversy when he allegedly kicked out a fan from his concert for refusing to chant "Fuck Donald Trump" on stage. A few years later, Jackson returned to headlining with his Stay Dangerous Tour. Additionally, he has featured in a supporting role in the tours of other artists, including J.Cole's Forest Hills Drive Tour, Kendrick Lamar's The Damn Tour, and Meek Mill and Future's Legendary Nights Tour.

Beyond music, Jackson has made a handful of appearances on film and television. In 2012, he had a supporting role in the Mario Van Peebles comedy "We the Party," starring fellow rapper Snoop Dogg. The same year, he made a cameo appearance in the direct-to-DVD stoner film "Mac & Devin Go to High School." Later credits have included the biographical crime drama "White Boy Rick," starring Matthew McConaughey and Richie Merritt, and the FXX comedy series "Dave," starring rapper Lil Dicky.

With his longtime girlfriend Catelyn Sparks, Jackson has two daughters: Harmony and Vibe. He also briefly dated singer Kehlani, but the relationship came to an end when Jackson was discovered cheating.

Jackson has faced many controversies and legal troubles over his career.

In 2016, he was widely criticized for his song "Meet the Flockers," which included lyrics that were perceived as racist to the Asian-American community. The song drew particular scrutiny as many parts of the United States were experiencing an uptick in burglaries of Asian-American residents.

In January of 2020, Jackson was arrested at his home on charges of robbery. The arrest occurred just hours before he was scheduled to perform as part of a Nipsey Hussle tribute at the Grammys. A reason for this arrest was not given, but around this time police were also investigating an allegation that the rapper's Escalade was involved in a fatal shooting in Compton that occurred months earlier.

On the evening of July 3, 2019, a Cadillac Escalade that was registered to YG was allegedly involved in a police chase. During the chase, someone from the SUV started firing a gun. An innocent 65-year-old bystander was struck by a bullet fired during the chase. That person ultimately died. YG insisted he had nothing to do with the incident and was many miles away at the time of the shooting at a Hollywood recording studio. Over twitter YG claimed:

"I was nowhere near the scene of this incident, I was in Hollywood recording in the studio all day. I was there until after midnight on the 4th of July and didn't learn of these events until after they happened!"

For a time, YG was renting one of Tyler Perry's homes in the Hollywood Hills. Several weeks after the July 3rd shooting, this home was raided while YG was not present. One of the inhabitants was arrested on a weapons charge.

In May 2019 he paid just under $3 million for a large mansion in Chatsworth, California. It was at this home where YG was arrested in January 2020. 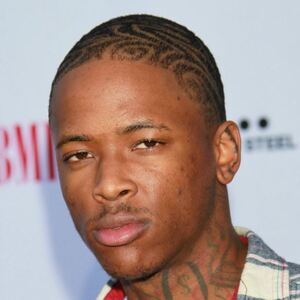