What is Wyclef Jean's Net Worth?

Wyclef Jean is a Haitian-American rapper, singer-songwriter, musician, record producer, and politician who has a net worth of $10 million dollars. Wyclef initially rose to fame in the early 1990s as a member of The Fugees. The hip-hop group, which also included Lauryn Hill and Pras Michel, was catapulted into the limelight in 1993 with the release of their debut album, "Blunted On Reality." Their greatest success was the 1996 album "The Score," which sold over 6 million copies and earned the group two Grammy Awards.

Wyclef soon split with his Fugees bandmates to create solo albums. In 1997, Jean released his first solo album, "The Carnival," which eventually went multi-platinum. In addition to his successful music career, Wyclef filed for candidacy in the Haitian presidential election in August 2010. Unfortunately, the Electoral Commission subsequently ruled him ineligible to stand because candidates are required to live in Haiti for five years before an election, and Jean was living in the U.S. at the time. Wyclef released his memoir, "Purpose: An Immigrant's Story," in 2012.

Wyclef Jean was born Nel Ust Wyclef Jean on October 17, 1969, in Croix-des-Bouquets, Haiti. He moved to the United States with his family at the age of 9 and grew up in Brooklyn, New York, and Newark and East Orange, New Jersey, with mother Yolanda, father Gesner, and siblings Sam, Sedeck, and Melky. Jean and his siblings began playing music on a Muppets musical instrument play set, and their parents soon bought their children real instruments, including a guitar for Wyclef. Jean attended Vailsburg High School, Eastern Nazarene College, and Five Towns College, then enrolled in Boston's Berklee College of Music in 2009.

In the 1980s, Wyclef was in a band called Tranzlator Crew, and after signing a deal with Columbia Records and Ruffhouse Records in 1993, they became known as the Fugees. The group released two studio albums before disbanding in 1997. "The Score" went 6x Platinum, reached #1 on the "Billboard" 200, and included the hit single "Killing Me Softly," which topped the charts in several countries and earned the Fugees a Grammy. Jean has released nine solo studio albums, including "The Ecleftic: 2 Sides II a Book" (2000), "The Preacher's Son" (2003), and "Wyclef Goes Back To School Volume 1" (2019). After the 9/11 attacks, he performed Bob Marley's "Redemption Song" at the America: A Tribute to Heroes benefit concert, and in 2004, his cover of Creedence Clearwater Revival's "Fortunate Son" was featured on "The Manchurian Candidate" soundtrack, and he wrote the award-winning song "Million Voices" for "Hotel Rwanda."

Wyclef co-wrote and produced the song "My Love Is Your Love" for Whitney Houston in the late 1990s, and co-wrote, produced, and performed on Shakira's 2006 single "Hips Don't Lie," which was certified 2x Platinum. He has been featured on numerous tracks by other artists, such as Destiny's Child's "No, No, No," Carlos Santana's "Maria Maria," and Fall Out Boy's "Dear Future Self (Hands Up)." Jean has released several hit singles, with "Gone till November," "Cheated (To All the Girls)," and "Sweetest Girl (Dollar Bill)" going Platinum.

Wycliffe was in a relationship with Lauryn Hill while he was dating his future wife, designer Marie Claudinette. He married Claudinette in 1994, and they adopted a daughter, Angelina, from Haiti the following year. Wyclef and Marie renewed their vows after five years of marriage. In March 2011, Jean was shot in the hand in Port-au-Prince, Haiti. In 2001, Wyclef's father was tragically killed when he was crushed against his garage door by Jean's Bentley.

Wyclef founded the charitable organization Yéle Haiti (also known as the Wyclef Jean Foundation) in 2001. The charity awarded scholarships to 3,600 Gonaïves children after Hurricane Jeanne in 2004 and has also provided school funding and meals to the people of Haiti. In 2010, Yéle Haiti raised money for disaster relief after the Haitian earthquake, and Jean participated in an MTV donation drive and organized the Hope for Haiti Now telethon with George Clooney. In 2010, it was reported that Yéle Haiti hadn't filed tax returns for several consecutive years, and the charity shut down in 2012. 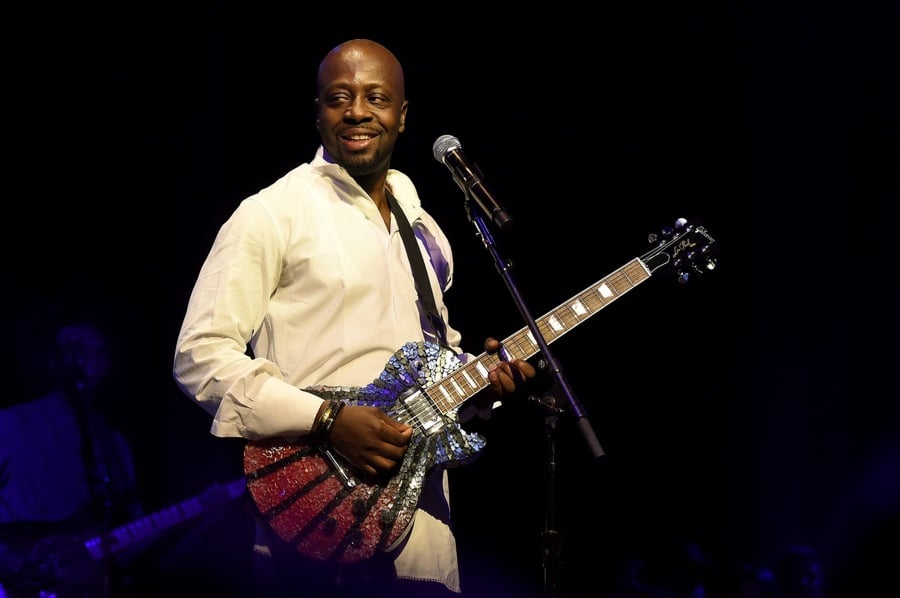 Over the years, Wyclef has faced a number of financial challenges. In mid-2012, the IRS and state tax authorities filed a $2.9 million claim against the singer for unpaid taxes. Wyclef has also been sued by a handful of creditors who claimed he never paid for services rendered. These services include $133,000 to a New York law firm called Shukat Arrow Hafer Weber & Herbsman. The law firm sued Wyclef and was awarded a $100,000 judgment. When no payments were made, the law firm emailed Wyclef's business manager/accountant and threatened to file formal judgement for the full amount. Wyclef's accountant responded to the email by saying "File it. In my most professional verbiage… there ain't no money." This response clearly implied that Wyclef had no money and may have been broke at that point in time. It's not totally clear.

Wyclef has been nominated for 10 Grammys, winning Best Rap Album and Best R&B Performance by a Duo or Group with Vocal with The Fugees in 2007 and Album of the Year for producing Santana's "Supernatural" in 2000. In 2008, he won an MTV Video Music Award for Best R&B Video for "Gone Till November" (which was also nominated for Best Direction in a Video), and he was nominated for Best Choreography in a Video for "We Trying to Stay Alive" in 1998 and Best Rock for Fall Out Boy's "Dear Future Self (Hands Up)" in 2020. Jean received the Humanitarian Award at the 2009 BET Awards, the Timeless Icon Award at the 2018 Cinemoi Cinefashion Film Awards, and the Vanguard Award at the 2010 NAACP Image Awards. "Million Voices" earned him a Satellite Award and nominations from the Golden Globes, Grammys, Gold Derby Awards, International Online Cinema Awards, Online Film & Television Association, and World Soundtrack Awards. Wyclef was inducted into the New Jersey Hall of Fame in 2017, and he was named a Grand Officer of the National Order of Honour and Merit by Haitian president Michel Martelly in 2011. 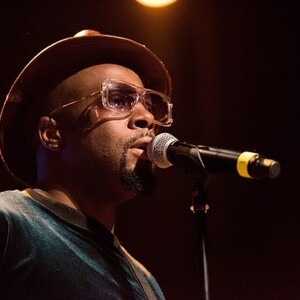