Webbie net worth: Webbie is an American rapper who has a net worth of $2.5 million dollars. Webbie was born Webster Gradney, Jr. in Baton Rouge, Louisiana in September 1985. He started writing rhymes at the age of five and admired hardcore rap artists like Master P and the Geto Boys. His first appearance came on Lil Boosie's 2002 track "Gotta Get It".

He release Ghetto Stores in 2003 and Gangsta Musik in 2004 with Lil Boosie. Webbie signed a deal with Trill Entertainment and released his debut album Savage Life in 2005. The album debuted at #8 on the Billboard 200 chart. He was signed to Atlantic Records and released Savage Life 2. His song "Independent" hit #1 on the Billboard Rap Songs chart and #9 on the Hot 100. Savage Life 3 was released in 2012 and Savage Life 4 was released in 2013. Webbie was featured in the 2010 independent film Ghetto Stories and the music film Video Girl. It was alleged that he made sexually inappropriate comments to Rocsi from BET's 106 & Park, and has been banned from the show. He was arrested in 2012 for suspicion of robbery and battery. 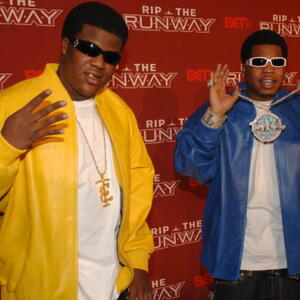