Warren G Net Worth: Warren G is an American rapper and hip-hop producer who has a net worth of $6 million. He is known for his work that has elevated the rap subgenre G-funk, and for being in the rap trio 213 along with Nate Dogg and Snoop Dogg.

Early Life: Warren Griffin III, better known by his stage name Warren G, was born in Long Beach, California, on November 10, 1970. He has three sisters, but is his parents' only son. Following the divorce of his parents when he was four years old, Warren and his sisters lived with their mother in East Long Beach until the end of elementary school for him. Then, right before he began middle school, Warren went to live with his father, Warren Griffin, Jr., in North Long Beach. There, he lived with his three step-siblings from his step-mother's previous marriage. One of these step-siblings was Andrew Young, who would later become famous as the rapper Dr. Dre.

When he was seventeen years old, Warren was arrested for gun possession, and he was briefly jailed. After he was released, his step-brother Dre took him under his wing and showed him how to use a drum machine. During this time, in 1988, Dre was making a name for himself as a member of the rap group N.W.A. Their debut album "Straight Outta Compton" (1987) was highly influential on the Los Angeles area rap scene. Eventually, after another stint in jail for selling drugs and time spent working at the Long Beach shipyards, Warren began working on his own music.

Music Career: In 1990, Warren joined with rappers Snoop Dogg (Calvin Broadus) and Nate Dogg (Nathaniel Hale) to form the rap trio 213. The group was named after the original telephone area code of Los Angeles (which also served their hometown of Long Beach), 213. Unfortunately, all three had brushes with the law and spent time in jail, which motivated them to get jobs and work on their music on the side. At one point, the V.I.P. record store allowed the trio to practice and record in a back room. It was here that Snoop cut the demo "Super Duper Snooper", which Warren in turn played for Dre at a party. Dre invited all three to his studio and wound up collaborating with Snoop on Dre's debut solo studio album "The Chronic" (1992). The only studio album 214 released together as a group was "The Hard Way" (2004).

While Warren also made several musical contributions to projects with Dre, he opted to develop his talents mostly outside of Dre's shadow. So, Warren branched out and produced such artists as MC Breed and 2Pac. A break came when his vocal collaboration with Mista Grimm, "Indo Smoke" (1993), appeared on the soundtrack to the film "Poetic Justice" (1993). Soon after that, Warren G recorded his debut album for Violator Records. The album, "Regulate…G Funk Era" (1994), spawned the big hit "Regulate". "Regulate" appeared on the soundtrack for the film "Above the Rim" (1994) and was released as a single. It quickly became a massive hit, peaking at #2 on the Billboard charts, and pushed the album up to the same position. The album eventually went triple platinum, and the single "This D.J." was also very popular, becoming his second Top 10 hit.

His second album, "Take a Look Over Your Shoulder", was released in March 1997. By May that year, it had sold half a million copies and was certified Gold by the RIAA. His third album, "I Want It All", was released in October 1999. Warren himself was the main producer on "I Want It All", and it features guest artists and vocalists like Nate Dogg, Snoop Dogg, RBX, Eve, Slick Rick, Kurupt, and Jermaine Dupri. It was also certified Gold by the RIAA, in November 1999. His fourth studio album, "The Return of the Regulator", was released in December 2011. Collaborators on the album include George Clinton, and Dr. Dre as a producer. "The Return of the Regulator" was a flop that failed to produce any popular singles, and it was his last release under a major record label. Subsequently, he left Universal Music Group and joined the independent label Hawino Records.

With Hawino, Warren released his fifth album (his first album without a major record label), "In the Mid-Nite Hour" (2005). It was considered a low budget album, but one that Warren was fully involved in, and features his longtime friends Nate and Snoop. He followed this up with his sixth album, "The G Files" (2009). Then, he released his first EP in July 2015, titled "Regulate… G Funk Era, Pt. II". During 2013, from June to September that year, Warren was involved in the West Coast Fest tour. The tour featured performances by him along with other "OG" artists like Mack 10, DJ Quik, and Bone Thugs N Harmony.

Other Pursuits and Project: Outside of music, Warren has pursued his own entrepreneurial project. He launched his own line of barbecue sauces and rubs, called Sniffin Griffins BBQ, in 2019. It is available for both retail and restaurant supply.

Personal Life: Warren's wife is Tennille Griffin. They have four children together. His son Olaijah excelled as a football player in high school, and was recruited to play football at the collegiate level. After graduating from high school in 2018, he chose to attend the University of Southern California, where he plays for the USC Trojans. Tennile owns the online boutique All About Me Mi Mee. 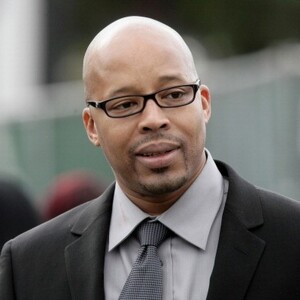