Wale net worth: Wale is an American rapper who has a net worth of $5 million dollars. He first rose to fame in 2006, when his song "Dig Dug (Shake It)" became popular in his hometown of Washington, D.C.

Early Life: Wale was born in Washington, D.C. on September 21, 1984 as Olubowale Victor Akintimehin. His parents were originally from southwestern Nigeria and both of them came from Austria to the U.S. in 1979. In 2002, Wale graduated from Quince Orchard High School. He originally pursued a career in football, and attended college at Robert Morris University and Virginia State University on football scholarships. He subsequently chose to drop out and focus on music, and began to make a name for himself in the mid-2000s.

Career: His first single to receive radio play was 2006's "Rhyme of the Century". He released his first mixtape "Paint a Picture" the same year and began to attract the attention of publications like The Source and The Washington Post. His track "Dig Dug (Shake It)" became instantly popular in Washington D.C. and was a tribute to Ronald "Dig Dug" Dixon, a percussion player for the go-go band Northeast Groover. In September 2006, "Uptown Roamers" debuted on XM Radio Channel 66 where it was played twice a day. That track and his other hit "Breakdown" were featured on Wale's second mixtape "Hate Is the New Love." In January 2007, Wale released a new single to radio called "Good Girls."

By the release of his third mixtape in 2007, he had been named "D.C. Metro Breakthrough Artist of the Year", caught the attention of Fader Magazine, and toured as part of Mark Ronson's UK Tour. He signed to both Interscope and Allido Records in 2008. His debut studio album, "Attention Deficit", dropped in 2009 to positive critical remarks and reached #21 on the Billboard Hot 200. Wale released his sixth mixtape, "More About Nothing," in August 2010.

In October 2011, Wale held a private media listening event as a sampler for his upcoming album. It was held at the Gansevoort Hotel of Chelsea in New York and was attended by music executives, bloggers, various artists, and hip hop heads. His second album "Ambition" was released at midnight on November 2, 2011. Wale and friends held a midnight release show at The Highline Ballroom in New York City. The album debuted at No. 2 on the Billboard 200 and sold 162,600 copies in its first week. The album received mixed reviews.

He released a third album in 2013 titled The Gifted which reached #1 on the Billboard 200 as well as on the US R&B and US Rap charts and #10 in Canada. Wale's fourth studio album The Album About Nothing was released in 2015 and also reached #1 on the Billboard 200, US R&B, and US Rap charts. This album featured Jerry Seinfeld, J. Cole, Usher, SZA, and many other artists. It became his second No. 1 album in the United States. That same year, Wale recorded the original music theme for the popular ESPN sports talk show "First Take."

Wale's single "Lotus Flower Bomb" (featuring Miguel) reached #1 on the US R&B chart and he has also had success with the singles "Chillin" (featuring Lady Gaga), "That Way" (featuring Jeremih and Rick Ross), "Bag of Money" (featuring Rick Ross, Meek Mill, and T-Pain), "Bad" (featuring Tiara Thomas or Rihanna), "Ride Out" (with Kid Ink, Tyga, YG, and Rich Homie Quan), and more. Wale has won BET Awards and was nominated for a Grammy Award for Best Rap Song for "Lotus Flower Bomb". In 2013, Wale won a Soul Train Award for Best Hip Hop Song of the Year for his single "Bad" featuring Tiara Thomas. 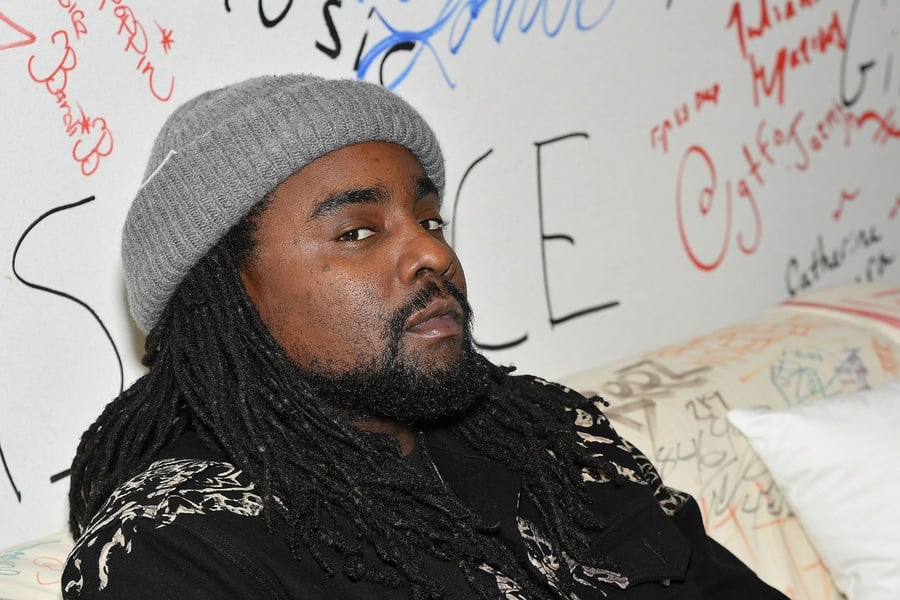 Other Ventures: Outside of his music career, Wale teamed up with Philadelphia retailer Ruvilla and ASICS in 2015 to work on a product called Bottle Rocket Asics Gel Lyte.

Wale is an avid professional wrestling fan and has made several wrestling references in his songs. He hosts the annual WaleMania during WrestleMania weekend and has also made several appearances on WWE television. On July 4, 2017, Wale hosted a rap battle between The New Day and the Usos on an episode of "Smackdown Live." He was also the guest commentator during Noam Dar TJP's match on "205 Live" in 2018. In October 2019, Wale escorted former NXT Tag Team champions The Street Profits to the ring for their title shot.

Personal Life: Wale is separated from his long-time girlfriend Chloe Alexis, but the two share a daughter who was born in July 2016. He owns property in Atlanta, Georgia, but sublets a penthouse apartment in New York City. 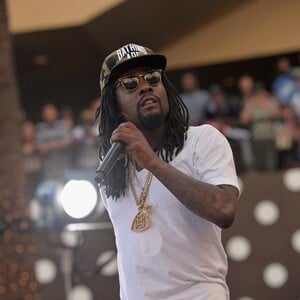