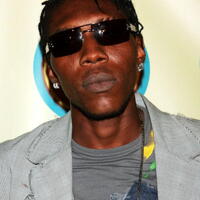 Vybz Kartel Net Worth: Vybz Kartel is a Jamaican dancehall and reggae artist who has a net worth of $1 million dollars. Born Adidja Azim Palmer on January 7, 1976 in Kingston, Jamaica, Vybz Kartel is also a songwriter, businessman and convicted murderer. His entertainment career began as a teenager with his first recording, Love Fat Woman, recorded under the moniker Adi Banton. Kartel rose to prominence in 2003 when a string of hits in Jamaica culminated in a pre-conceived on-stage clash with Ninjaman at the annual dancehall festival 'Sting' in Kartel's hometown of Portmore, Jamaica, which escalated to violence and resulted in Kartel and Ninjaman making a public apology to the organizers of the event. Controversy followed Kartel once again when he came under fire over an accusation of 'bleaching' his skin with a special soap. In another controversial scenario, the National Communications Network of Guyana banned Kartel from the airwaves in 2011, citing "obscene lyrics" and that his music brought "nothing positive" to the entertainment industry. In yet another controversy—this time resulting in felony charges—Kartel was reportedly arrested in September of 2011 in Jamaica on possession of marijuana charges and later charged with the murder of Jamaican businessman Barrington Burton, as well as conspiracy to murder and illegal possession of a firearm. On April 3, 2014, Kartel was reportedly sentenced to life in prison (and would not eligible for parole until after he has served 35 years).