What is Voletta Wallace's Net Worth?

Voletta Wallace is a Jamaican-American businesswoman and author who has a net worth of $20 million. Born February 3, 1953, in Trelawny, Jamaica, Wallace is best known as the mother of the late rapper The Notorious B.I.G. (also known as Biggie Smalls, Big Poppa, Frank White, King of New York, and by his given name Christopher George Latore Wallace). Wallace served as an executive producer on the documentaries "Biggie: The Life of Notorious B.I.G." (2017) and "Biggie: I Got a Story to Tell" (2021), and she co-produced the 2009 film "Notorious," in which she was portrayed by Angela Bassett. In 2005, she published the memoir "Biggie: Voletta Wallace Remembers Her Son, Christopher Wallace, aka Notorious B.I.G."

After emigrating to the U.S., Wallace began working as a secretary and going to nursing school, but after her son was born, she shifted her focus to teaching and often worked two jobs while studying to earn a Master's degree. She has said, "I made sure my son had an education, a good mattress, clean sheets, good-quality clothes, and I gave him quality time." After the death of her son, Voletta became the manager of Biggie's estate and founded the Christopher Wallace Memorial Foundation. In 2005, she hired Wicked Cow Entertainment to assist with the estate's licensing efforts, including blankets and action figures. In 2018, Wallace appeared in the film "City of Lies," which is based on the 2002 Randall Sullivan book "LAbyrinth: A Detective Investigates the Murders of Tupac Shakur and Notorious B.I.G., the Implication of Death Row Records' Suge Knight, and the Origins of the Los Angeles Police Scandal." She has also appeared on several television shows, including "Behind the Music" (2001), "106 & Park" (2007), and "Tavis Smiley" (2009). 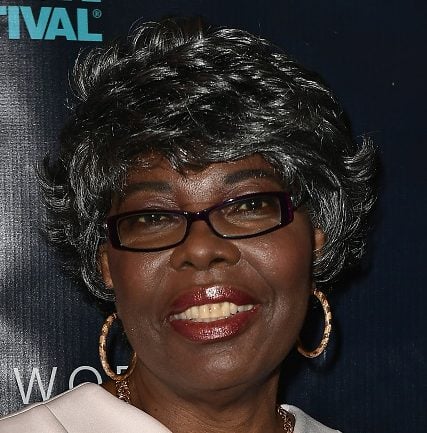 Voletta welcomed her only son, Christopher, in Brooklyn, New York, on May 21, 1972. Christopher's father, politician/welder Selwyn George Latore, left the family two years later. At age 10, Christopher broke his leg after falling off a bus, and Wallace sued the City of New York and received a five-figure settlement that she put aside for her son's college education. Sadly, Christopher was killed by an unknown assailant in a drive-by shooting in Los Angeles on March 9, 1997; Voletta's last words to her son were "Just be careful out there." Wallace filed a lawsuit against the City of Los Angeles and the Los Angeles Police Department for wrongful death, accusing them of conspiring to kill her son.

In 2014, Voletta gave an online interview to "HipHopDX" to clear up some of the controversy over her rift with Lil' Kim, explaining at one point, "I did not like the way she was [parading around] national television and radio about Biggie, the love of her life. Her heart, her nose, her mouth, her butt, every part of her. Christopher is not here to defend himself…I was offended and I let her know. She didn't like it and I don't give a hoot." Before Christopher's tragic death at age 24, he gave Wallace two grandchildren, T'yanna (born August 8, 1993) and C. J. (born October 26, 1996); T'yanna owns the clothing brand Notoriouss, and C.J. played a young version of Biggie in "Notorious." In March 2021, Voletta told "Entertainment Weekly" that she hasn't given up hope that her son's killer will be caught someday, saying "I'll never give up. And I hope when I'm not in this world anymore, my friends and family will carry on the fight. There is always hope." In his 1994 song "Things Done Changed," Biggie revealed, "My mama got cancer in her breast," and Wallace has since beaten the disease twice. 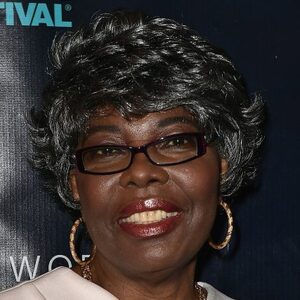