Vic Mensa net worth: Vic Mensa is an American hip hop artist who has a net worth of $2 million. Vic Mensa was born in Chicago, Illinois. He started out as a member of the group Kids These Days and is also the founder of the collective group SAVEMONEY which also includes Chance the Rapper.

Mensa released the mixtape INNANETAPE in 2013 and his debut studio album Traffic is scheduled to be released in 2016. His single "Down On My Luck" was released in 2014 and reached #37 in the UK. Mensa has also released the singles "U Mad" (featuring Kanye West) and "No Chill" (featuring Skrillex) from the album Traffic. He has also been featured on the singles "Fast Life" by Asher Roth and "Have U Eva" by Leather Corduroys. In 2015 Mensa was nominated for an mtvU Woodie Award for Best Video Woodie for "Down On My Luck". 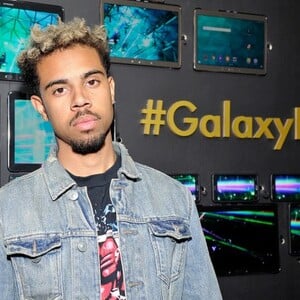