Tyler The Creator Net Worth

What is Tyler The Creator's net worth?

Tyler The Creator is an American rapper, singer, songwriter, record producer, music video director, fashion designer, graphic designer, and actor who has a net worth of $16 million.

Tyler Gregory Okonma was born in the Los Angeles area of Ladera Heights, California on March 6, 1991. His mother is of mixed African-American and European-Canadian descent. His father, whom he has never met, is Nigerian. He spent the majority of his childhood in the Greater Los Angeles area neighborhoods of Ladera Heights and Hawthorne. As a kid, he took the covers off albums and made up his own tracklists and cover art. Seven years later, when he was 14, he taught himself how to play the piano. He attended 12 different schools in Los Angeles and Sacramento areas in his 12 years of school. While he was in high school, Tyler the Creator worked at Starbucks and FedEx for about two years. He got the nickname Tyler the Creator from his MySpace page.

The hip hop collective Odd Future was founded in 2007 by Tyler, Hodgy Beats, Left Brain, and Casey Veggies. "The Odd Future Tape," their first mixtape, was self-released in late 2008. Tyler self-released his debut solo mixtape, "Bastard," on December 25, 2009. "Bastard" landed at number 32 on Pitchfork Media's Top Albums of 2010 list. In February 2011, he released the video for his song "Yonkers." The video immediately made a splash and got the attention of several media outlets. As a result of this sudden interest, Tyler released an extended version of the video. "Yonkers" went on to win Tyler the 2011 MTV Video Music Award for Best New Artist. Buzz continued to build around Tyler and that brought attention from music industry people including Jimmy Iovine, Rick Ross, Steve Rifkind, and Jay-Z. Tyler (and Odd Future) signed a deal with Sony in the Spring of 2011. He released his debut album, "Goblin," in May of that same year.

Tyler appeared on Late Night with Jimmy Fallon," to perform "Sandwitches" in February 2011. It was his first television appearance. In March 2012, Tyler and Odd Future's television show called "Loiter Squad," premiered on Adult Swim. The show was produced by the production company that created "Jackass," and was a 15-minute live-action show featuring pranks, man on the street segments, sketches, and music. The show ran for three seasons.

Tyler released the first single, "Domo23," from his second album, "Wolf," on Valentine's Day 2013. That same day, Tyler made another appearance on "Late Night with Jimmy Fallon" to perform two songs. In March and April 2013, Tyler embarked on a tour of Europe and North America. "Wolf" was released in early April 2013.

In April 2013, the video for Tyler's song "Fucking Young," debuted on Odd Future's YouTube channel. The song is part of Tyler's 2015 album "Cherry Bomb." Tyler appeared at the 2015 Coachella Music and Arts Festival and from there went on a world tour through North America, Europe, and Asia until September 2015. 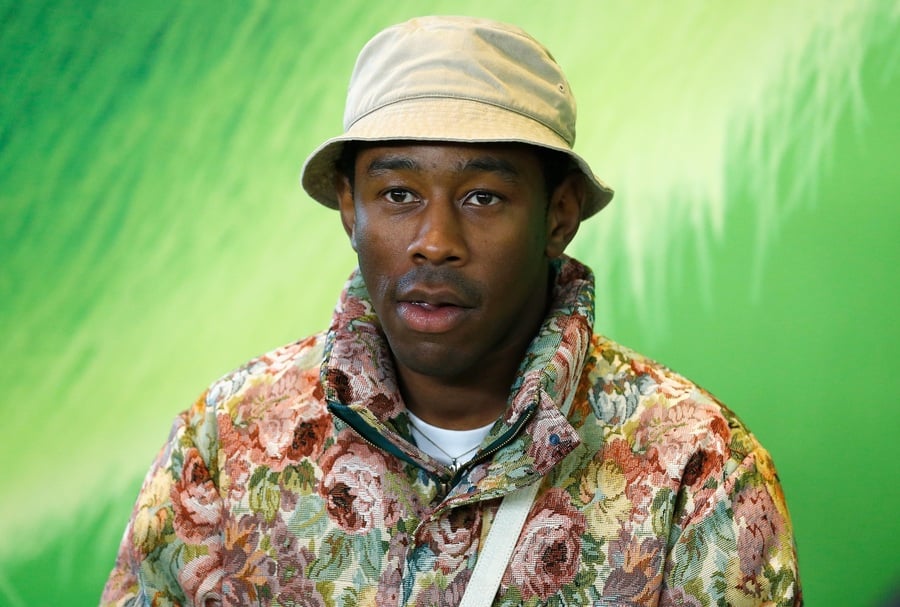 During the summer of 2017, Tyler released his fourth album, "Flower Boy." The album was supported by the singles "Boredom" and "I Ain't Got Time!," and was nominated for Best Rap Album at the 60th Annual Grammy Awards. Kendrick Lamar won for "Damn" that year.

In May 2019, Tyler released his fifth studio album, "Igor." It debuted at number one on the Billboard 200 album chart. "Igor" was Tyler's first number one album in the U.S. and was nominated for Best Rap Album at the 62nd Annual Grammy Awards.

Tyler the Creator is scheduled to appear at the Outside Lands Festival in San Francisco, California in 2021.

Tyler launched his clothing line, GOLF WANG, which is a play on Wolf Gang, a phrase that was used a lot in Tyler's early music. The brand is known for its vibrant and colorful clothes, shoes, accessories, and skateboards. The brand's products are designed and styled by Tyler and modeled by his friends. The brand caters to the hip hop, streetwear, and skateboarding cultures.

Tyler the Creator owns a GOLF WANG store at 350 N. Fairfax Boulevard in Los Angeles, California. His store was looted and damaged by rioters following the 2020 protests against police brutality and the senseless murders of George Floyd, Breonna Taylor, and other Black people who've died at the hands of the police.

There has been some speculation about Tyler's sexuality. In his lyrics, he's made references to same-sex relationships and being attracted to the same sex. He's also mentioned this in interviews. He dated Jaden Smith in 2018.

Tyler the Creator is an atheist. A number of his lyrics are anti-religious.

Tyler was banned from the United Kingdom for five years in August 2015. This meant he had to cancel his appearances at the Reading and Leeds music festivals as well as a number of shows on his Cherry Bomb tour. Back in 2009, Prime Minister Theresa may took issue with a number of lyrics on Tyler's mixtape "Bastard." Tyler had toured the U.K. several times since 2009.

In 2012, it was reported that Tyler the Creator was buying an 8,000 square foot mansion in Atlanta, Georgia. 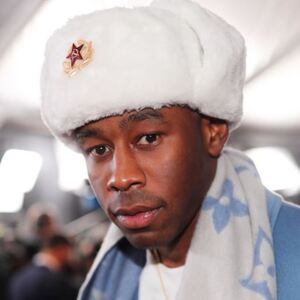