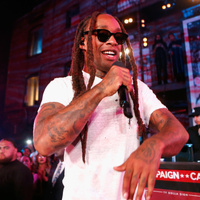 Ty Dolla Sign Net Worth: Ty Dolla Sign is an American rapper and producer who has a net worth of $5 million. He is known for his songs "Paranoid", "Or Nah", and "Blasé," as well as his contributions and collaborations on various singles such as "Work from Home" by Fifth Harmony, "Swalla" by Jason Derulo, featuring Nicki Minaj, and "Hot Girl Summer" by Megan Thee Stallion. Ty Dolla Sign is also a member of production team D.R.U.G.S.

Early Life: Originally born as Tyrone William Griffin Jr. on April 13, 1982, in Los Angeles, California, the artist is better known by his stage name Ty Dolla Sign, which is also written Ty$. He is the son of musician Tyrone Griffin, who is a member of the band Lakeside. Ty has said that, through his dad's involvement with Lakeside, that Ty was able to meet singers like Prince and Earth Wind and Fire as a child, which led to his interest in and love for soul music. He grew up in South Central Los Angeles where he was a gang member. Ty Dolla Sign represented the Bloods while his brother was a Crip.

Career: Dolla Sign first got started with music at a young age when he took up the bass guitar, as well as drums, keyboard, and other types of guitars. He then began rapping and signed a record deal at a young age with his partner Kory. The two signed with Venus Brown and Buddah Brown Entertainment and subsequently released a mixtape titled "Raw & Bangin Mixtape Vol 2." The duo also made guest appearances on studio albums by others artists such as Black Milk. The partners had a falling out related to some of these ventures eventually. After the dispute, Ty went on to collaborate with L.A-based rapper YG. Ty Dolla Sign's initial claim to fame was his involvement on YG's successful single "Toot It and Boot It." He then became affiliated with YG's group Pu$haz Ink.

His first single, All Star, then came out in 2011. In 2012 he signed a deal with Atlantic Records and released his initial mix tape later that same year, "Beach House.". The EP made it to number 51 on the US Billboard charts, peaking at number 13 in the R&B and hip-hop section, and 7 in R&B. He followed with the mixtape's sequel "Beach House 2" on July 1, 2013. The next day, it was revealed that Ty Dolla Sign signed a deal with Wiz Khalifa's Taylor Gang Records. In mid-2013, he toured with Wiz and ASAP Rocky on the "Under the Influence of Music 2" concert tour.

In September 2013, Ty released a single "Paranoid," which became very popular and peaked at No. 29 on the US Billboard Hot 100 and eventually was certified platinum. In early 2014, Ty released his second single for his debut EP titled "OR Nah." In late January 2014, he released his major label debut project, "Beach House EP." In November 2015, Ty released his first studio album "Free TC." The album debuted at number 14 on the Billboard 200 and sold 31,000 album units with first-week sales of 22,000 copies in the United States. The following year, he released a project titled "Campaign" which peaked at No. 28 on the Billboard 200. During this era of his career, Ty was collaborating left and right with many talented artists like Fifth Harmony, Chris Brown, Nick Jonas, Imagine Dragons, Logic, Lil Wayne, Drake, Jay Z, and countless others. 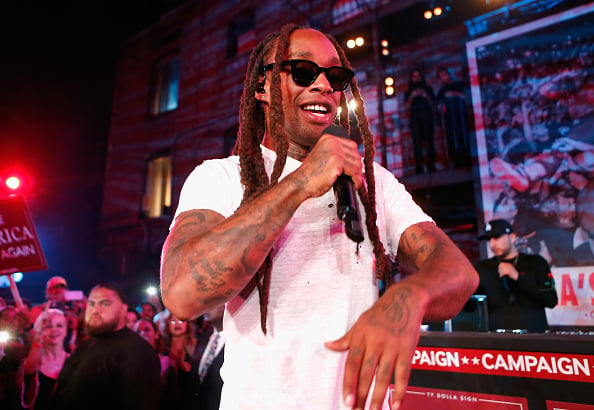 In February 2018, Ty Dolla Sign was featured on Post Malone's single "Psycho," which peaked at number one on the Billboard hot 100. He then collaborated with Christina Aguilera on her single "Accelerate," "All Mine" by Kanye West on West's album "ye," and in "Freeee (Ghost Town Pt 2) by Kids See Ghosts. During the summer of 2018, Ty was featured on "Boss" on Beyonce and Jay-Z's album "Everything Is Love." Other collaborations and features included with Tinashe on "Me So Bad," which had moderate success in Japan, Australia and New Zealand, and on Drake's album "Scorpion," as well as Lecrae's album "All Things Work Together" on the song "Blessings." In October 2018, Ty and artist Jeremih released a collaborative album under the pseudonym "MihTy" through Def Jam Recordings and Atlantic records. The duo released several singles throughout the fall of 2018 and made an appearance on Jimmy Kimmel Live, performing "The Light" in the week leading up to the album's release. The project also contained the hit single "Goin' Thru Some Thangs." The song reached #15 on the Apple Music top charts.

Ty released the single "Purple Emoji" in May 2019 which featured rapper J. Cole. His next single was "Hottest in the City." The single "Expensive," featuring Nicki Minaj, was released in August 2020. Ty Dolla Sign's third studio album, titled "Featuring Ty Dolla Sign," was released on October 23, 2020. The album featured guest artists such as Kid Cudi, Post Malone, Kanye West, Anderson Paak, Big Sean, and others. The following week, the song "Safety Net" by Ariana Grande was released from her sixth studio album "Positions," on which Ty featured.

Personal Life: Ty Dolla Sign had a daughter at age 22 named Jailynn Crystal. He was in a relationship with Fifth Harmony member Lauren Jauregui from 2017-2019. In December 2018, it was revealed publicly that Ty was facing up to 15 years in jail for cocaine possession, which resulted from a traffic stop in Atlanta, Georgia where, in a car with multiple people present, Ty was the only one charged due to the drugs being in the closest proximity to him. Later, all charges were dropped after he completed a drug prevention program.