Twista net worth: Twista is an American hip-hop recording artist who has a net worth of $7 million dollars. Performing originally as Tung Twista, Twista released the first of his many studio albums in 1991. In 2004, with the release of his third album, "Adrenaline Rush", he finally became a household name, with the album charting on the Billboard Hot 200. His next album, "Kamikaze", debuted at #1 and solidified his success.

Born Carl Terrell Mitchell on November 27, 1973 in Chicago, Illinois, Twista (formerly known as Tung Twista) is perhaps best known for his Chopper style of rapping (fast-paced style, originating in the U.S. Midwest). He once held the title of the fastest rapper in the world (according the Guinness World Records 1992), cited as being able to pronounce 598 syllables in 55 seconds. His musical beginnings were with his first album Runnin' Off at da Mouth (under his former stage name Tung Twista). In 1996, he teamed up with Chicago producer The Legendary Traxter and Cwal's Do or Die on the track Po Pimp, which became a hit single. This lead to Cwal's label deal with Atlantic Records and the release of the album Adrenaline Rush, which became Twista's first charting album, peaking at #77 on the Billboard Hot 200. Twista released his eighth solo album entitled The Perfect Storm with the first single (release) featuring rapper Chris Brown. In 2013, Twista was featured in a remix of Lil Reese's song Traffic and went on to appear on a Lady Gaga's album ARTPOP. Tragically, Twista's bodyguard, Davy Easterling, was killed in 2014 when a man shot Easterling and slit his throat. 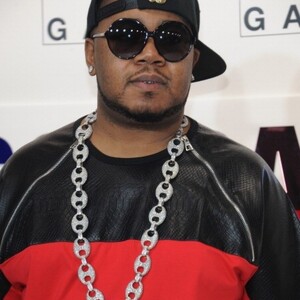