Tru Life net worth: Tru Life is an American rapper who has a net worth of $100 thousand dollars. A rap artist, Tru Life first signed with Dreamworks Records, and later with Jay-Z at Roc-A-Fella Records. He was charged with second-degree gang assault for the 2009 stabbing of two men in Manhattan, and is currently serving an eight-year jail sentence. Born Robert Guzmán Rosado, Jr. on March 19, 1976 in New York City, New York, Tru Life is of Puerto Rican descent. He began his music career in 1999 when he was signed to Dreamworks Records. His album Cryin' Out Loud was set to be released in November 2001. His career stalled before he met (and was signed by) fellow record producer/rapper Jay-Z, at which time he was able to release an original song called Wet Em Up and gain a significant amount of public attention. In 2011, his notoriety turned negative and his career came to a halt when it was announced in the media that Tru Life had been sentenced to prison for his role in the 2009 fatal stabbing of New Yorker Christopher Buerrero. Tru Life (Robert Rosado) and brother Marcus Rosado both claimed responsibility for the stabbing and both were sentenced to prison terms. Robert Rosado (Tru Life) is currently housed at Clinton Correctional Facility in Dannemora, New York and will be eligible for parole in February 2016. 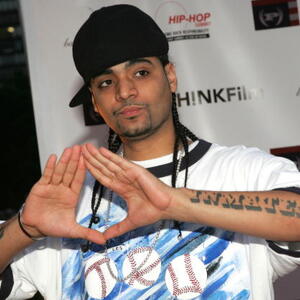