Trippie Redd net worth: Trippie Redd is an American rapper and singer who has a net worth of $5 million. Trippie Redd was born in Canton, Ohio in June 1999. His debut studio album Life's a Trip was released in 2018 and debuted at #4 on the Billboard 200 chart. Trippie Redd released the mixtapes A Love Letter to You and A Love Letter to You 2 in 2017. He has also released the Eps Awakening My InnerBreast, Beast Mode, and Rock the World, Trippie in 2016 and White Room Project, A Love Letter You'll Never Get, and Angels and Demons (with Lil Wop) in 2017. Trippie Redd's single "Dark Knight Dummo" (featuring Travis Scott) reached #29 on the US R&B/Hip-Hop chart and #72 on the Billboard Hot 100. He has had feuds with 6ix9ine and XXXTentacion. Trippie Redd claimed that his net worth was $7 million in 2017 and also purchased a home for his mother for $300 thousand.

In July 2019, Trippie claimed to CNW in private messages that his net worth is actually $16 million, but did not provide adequate evidence to back up this claim.

In September 2019, rapper 6IX9INE testified that Trippie Red is a member of a rival Five Nine Brims gang. 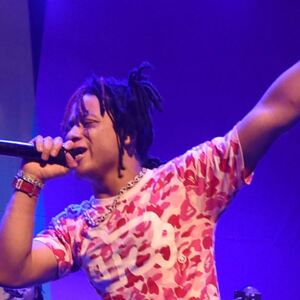